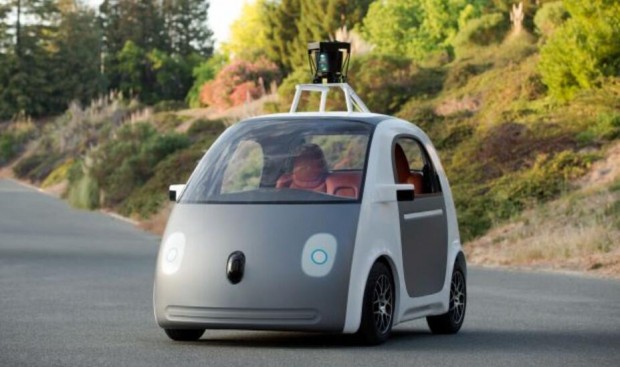 Google Co-Founder Sergey Brin unveiled one of the secret projects Google X has been working on at Re/code’s Code Conference tonight, and it’s … pretty adorable.

The tech giant’s advanced research unit has been working on a prototype self-driving car that’s designed to get people from one place to another without requiring any physical user input. The all-electric vehicle doesn’t even have a steering wheel or pedals for its occupants: users just push a button and they’re on their way.

Here’s a video that shows how it all works:

The car is designed to stay under 25 miles an hour while driving, and has a front end that’s designed to be gentle to pedestrians in the event they get hit by the car. It’s powered by the same system that Google uses on the Toyota and Lexus cars that have been modified to drive themselves, but has been purpose-built for navigating all by itself.

While much of the design is new, Brin said that the company wasn’t creating the car entirely from whole cloth.

“We are not reinventing the wheel, by the way, at Google X,” he said. “We have proper wheels from automotive suppliers.”

A car like the one Google built could dramatically change the way people get around. Brin said that he envisioned a world where people could hail one of the self-driving vehicles and get driven to their next destination, rather than having to rely on a bus or own a car.

When asked if the company had plans to partner with Uber, Brin said that Google will “certainly partner with other companies,” when the cars are ready for prime time, and the San Francisco-based transportation company could be on that list.

Of course, it’s going to be a while before people can just hail a self-driving car while they’re out on the town for a night. Brin said that he hopes the cars will be widely available on the road in about 5 years, and the company is going to continue testing this model until it’s safer than a human driver before sending it out for limited tests in a few cities.