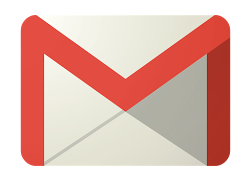 Gmail users can rest a little bit easier today after Google announced that users sending and receiving email through its service will have their messages encrypted using HTTPS.

Most users won’t experience much for change. Google enabled HTTPS encryption for Gmail users at the service’s launch, and made encryption the default for Gmail users in 2010. However, this means that any users who had decided to use a less secure version of the company’s e-mail service will now be protected regardless of their behavior.

“Today’s change means that no one can listen in on your messages as they go back and forth between you and Gmail’s servers—no matter if you’re using public WiFi or logging in from your computer, phone or tablet,” Nicolas Lidzborski, Google’s Gmail Security Engineering Lead, said in a blog post announcing the change.

In addition to the HTTPS change, the company also announced that Gmail messages will also be encrypted as they travel through Google’s internal server network. That comes after leaks from Edward Snowden which claimed Google was one of the companies targeted by a NSA program named MUSCULAR that aimed to collect surveillance data by tapping tech firms’ internal server communications.

“This ensures that your messages are safe not only when they move between you and Gmail’s servers, but also as they move between Google’s data centers—something we made a top priority after last summer’s revelations,” Lidzborski wrote.

That announcement is similar to moves that are being made by Microsoft and Yahoo, which are also working on encrypting all of their internal traffic. Google engineers have already said in personal postings to Google+ that the company has encrypted its internal traffic.