Thanksgiving and the retail bonanza that follows mark the official start of the holiday shopping season.  Stores are gearing up for big sales and consumers everywhere are making their lists and checking them twice. Stuck on what to give the geek in your life? We have you covered.

We already wrote about our favorite gadgets for this holiday season, and now we’ve put our heads together to come up with a list of our favorite geeky new books. From sci-fi to fantasy to nonfiction, there’s a little something for every type of geek. 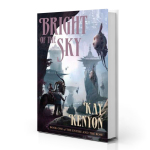 The Entire and the Rose, Kay Kenyon
Binge watching is in. But what about binge reading? Kay Kenyon‘s satisfying four-book science-fiction series, The Entire and the Rose, sucked me in with the first volume (“Bright of the Sky”) and had me immediately buying each subsequent volume until I finished “Prince of Storms” this year. Imagine another universe that, in a threateningly cosmological sense, is tied to our own. And that threat is discovered by Titus Quinn, a very flawed pilot who crosses the boundary between universes for the first time. Human, imaginative, with well-drawn characters and a bonus: Kenyon is a local author, from Wenatchee, Wash. 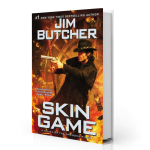 Skin Game (a novel of the Dresden Files), Jim Butcher

I’ve been a fan of Jim Butcher‘s Harry Dresden novels both before and after the short-lived SciFi Channel Dresden Files series. The gritty, contemporary fantasy series focuses on Dresden — a wizard private investigator in modern-day Chicago — and how he deals with a largely sucky personal life wrapped around ever-changing supernatural threats. Since 2000, Butcher has cranked out 15 Dresden novels, and 2014’s Skin Game is, like the others, sarcastic, fast-reading, mind-bending fun. 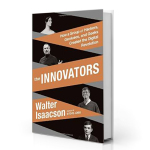 The Innovators, Walter Isaacson
If Walter Isaacson’s biography of Steve Jobs was a microscope, examining the rise of the personal computer through the life of one man, this book is a wide-angle lens on the larger technology revolution and the teams of people who transformed our lives by inventing computers, programming and the Internet. The book spans 170 years of innovation — from Ada Lovelace to IBM’s Watson — covering the rise of programming, microchips, transistors, computers, the Internet and everything else along the way.

Isaacson was working on this book before being diverted to the Jobs biography, and he writes that he followed Bill Gates’ advice to broaden the focus to include the origins of personal computing, not just the Internet. Isaacson’s straightforward approach provides a new appreciation for the true magic of the technologies we take for granted today. 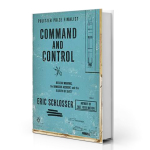 Command and Control, Eric Schlosser
It’s easy to believe that the U.S. nuclear arsenal has been safe and well-protected since its inception. The reality is…more complicated. Schlosser, the investigative journalist behind Fast Food Nation has crafted a thrilling examination of the nation’s most destructive weapons. The book follows the program’s entire history as well as a blow-by-blow account of the “Damascus Incident,” a safety accident at a missile silo in Damascus, Arkansas. 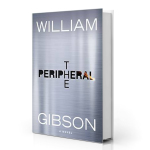 After spending a decade exploring the alternate present in his Blue Ant/Bigend trilogy, Gibson takes another jump into the future with his latest novel. As should be expected from the man who wrote Neuromancer, this is a deeply engaging text with wonderful characters and situations that border on just the right side of outlandishness. It’s a book that – to use his words – is “uniquely vulnerable to spoilers,” but science fiction fans of all stripes should give it a go. 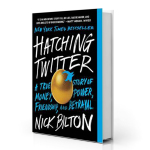 Hatching Twitter: A True Story of Money, Power, Friendship, and Betrayal, Nick Bilton
This book reveals an often too-true aspect of startup life: Weird founder dynamics and pettiness over who gets credit. Here’s an excerpt:

Ev told Jack he had to “chill out” with the deluge of media he was doing. “It’s bad for the company,” Ev said. “It’s sending the wrong message.” Biz sat between them, watching like a spectator at a tennis match. “But I invented Twitter,” Jack said. “No, you didn’t invent Twitter,” Ev replied. “I didn’t invent Twitter either. Neither did Biz. People don’t invent things on the Internet. They simply expand on an idea that already exists.” 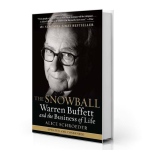 Snowball: Warren Buffet and the Business of Life, Alice Schroeder
I’ve been a huge fan of “The Oracle of Omaha” since my 20’s. This book goes beyond the pithy cute quotes and offers deep insight into Buffet’s values and why he thinks like he does. Stories of how he owned a tenant farm while in high school, earning him more than his teachers, are priceless. 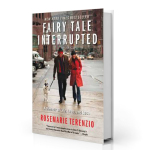 Fairy Tale Interrupted, Rosemary Terenzio
I liked this book about the late JFK Jr. for many personal reasons but mostly because it was written by his former assistant and close confidant. Therefore, it’s an accurate window into how one man handled attention and fame with (often) aplomb and grace. I think it shows a very human side of a man of my generation whom history has canonized. The story is both relatable and heartbreaking. 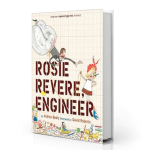 I love the story of entrepreneurship, and the “can-do” spirit found in this wonderfully written and illustrated children’s book. As an old history major, I appreciate how Rosie Revere nicely weaves in World War II history, paying homage to the women (Rosie the Riveters) who kept the war-fighting machine humming on the home-front. The book also sends an empowering message to girls, doing so in a way that is not condescending, like the horrific Barbie book from Mattel — I Can Be a Computer Engineer — that casts girls in a negative light.

Rosie Revere is a great book to share with young ones, both boys and girls. My 5-year-old son loves it, and so do I. 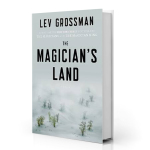 The final chapter of Lev Grossman’s Magicians Trilogy is painful, poignant, funny, and dark with the perfect balance of cynicism and sincerity that represents Grossman’s style. It’s the perfect series for a fantasy lover as it provides the genre’s meat and potatoes (magic, quests, heroes) while also dissecting the escapist mentality behind the love of fantasy itself.

The story begins with an angry, lost, brilliant high school senior. Over the course of the three novels, readers travel with him to different worlds and follow his harrowing maturation process. It isn’t an easy story. The characters can be infuriating and the realities too real for someone who showed up with the expectation of a classic heroes tale. But it wins you over. It’s designed for fantasy fans, about fantasy fans, and it calls on readers to question what attracted them to the genre in the first place. Don’t worry, you’ll travel to different worlds, encounter mythical beasts, and read some truly incredible magic — but more powerfully you’ll explore the psychology of kids who never stopped checking the mail for a letter that would change everything.

Getting to Plan B, John Mullins and Randy Komisar 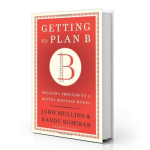 This one if for our startup audience. It’s in the “LEAN” space and focuses on the iterative process of the startup journey. Don’t write a massive business plan. You’re going to miss the target and waste a lot of time doing that. This book is about coming up with hypotheses (leaps of faith) and testing them. It’s about using experiments to garner data to dial in your business model. Written in two sections, verbs and nouns, Getting to Plan B gives you the processes used to iterate, and the models used to consider your business. It’s not cheeky or overly entertaining —it’s a business book, after all. But the content is clear, easy to digest, and instantly applicable for startups. 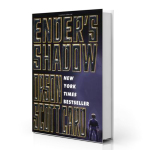 Sci-Fi for the Geeks. This story parallels Ender’s Game, depicting many of the same events, told from the point of view of Ender’s genius-but-diminutive Battle School friend Bean.  Its pace and intrigue are similar to that of Ender’s Game, and adds to the story as it continues on Earth after the the Battle School crew destroy the Buggers. If you loved Ender’s Game, like so many of us geeks did, then Ender’s Shadow is worth the read.