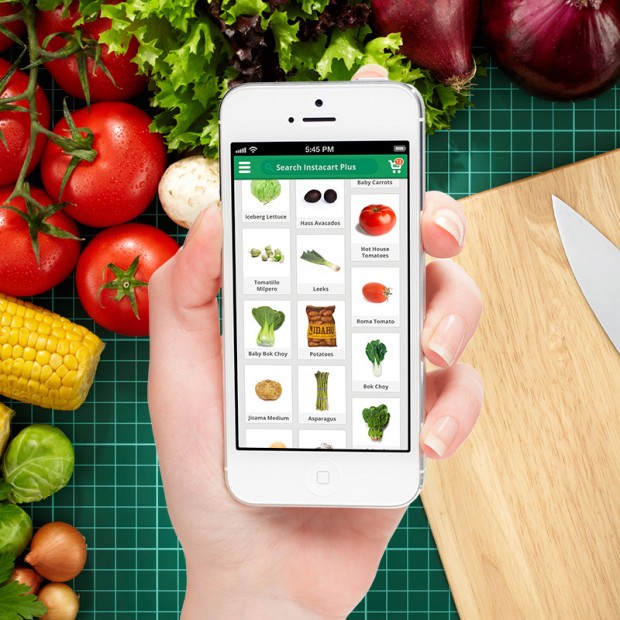 Instacart, the grocery delivery service led by former Amazon.com engineer Apoorva Mehta, is raising $220 million in a huge financing round that values the 2-year-old company at $2 billion, according to a report today by Re/code.

The financing will certainly help the San Francisco-based company expand service, taking on the likes of Amazon Fresh and Safeway.

A spokeswoman for Instacart declined to comment beyond a public filing on the financing, noting that the company will “release more detail in the coming weeks.” According to the filing, Instacart has raised $210 million of a $220 million round. (The filing was made under the name Maplebear Inc., the parent company of Instacart).

The financing follows a $44 million round from June, one which valued Instacart at $400 million. At the time, Instacart offered service in San Francisco, Austin, Boston, Chicago, Los Angeles, New York City, Philadelphia, San Jose, Seattle and Washington, DC. It said that it planned to reach 17 cities by the end of this year. The company has since added Atlanta, Portland, Boulder, Denver and Houston to its lineup, bringing the total to 15.

Instacart charges $3.99 for two-hour delivery, and $5.99 for one-hour delivery when orders of $35 ore more are placed. Unlike Amazon Fresh, which operates its own grocery distribution facilities, Instacart employs personal shoppers who hand-pick grocery items at established stores such as Whole Foods, Costco and Kroger.

Mehta recently said that he planned to expand Instacart’s inventory beyond groceries, signaling perhaps even deeper competition with Amazon. Instacart is expected to hit $100 million in revenue this year.

Previously on GeekWire: Grocery Delivery Wars: How Amazon Fresh, Instacart and Safeway stacked up in our tests