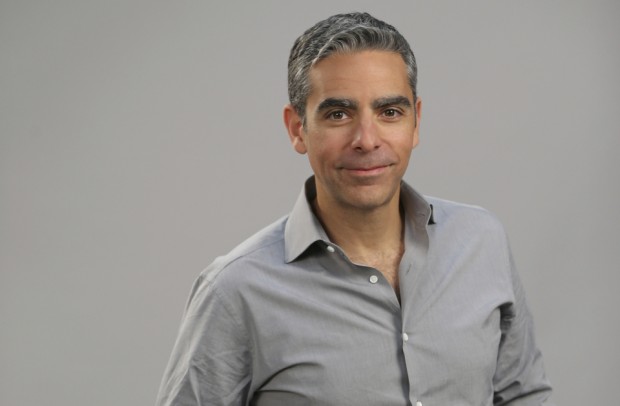 PayPal President David Marcus has just been hired away by Facebook to head up the social network’s messaging division.

The announcement is a huge loss to eBay-owned PayPal, which has gone under a major restructuring since Marcus was named president. Under his watch, he has also pushed to repair the company’s image, which at times is tarnished by stories of frozen accounts.

The appointment hints that Facebook could be preparing to monetize its rapidly growing messaging business.

Marcus will hold the title of VP of messaging products, overseeing 12 billion messages sent on Facebook daily and its standalone messaging app, which is now used by more than 200 million people every month.

The announcement shortly follows Facebook’s acquisition of WhatsApp, however, that will not fall under Marcus’ purview, according to Recode.net, which reported the news shortly before the announcement went out. WhatsApp will continue to operate independently.

Marcus joined PayPal in 2011 as VP of mobile, after it acquired his mobile-payments company Zong. He was responsible for leading PayPal’s mobile payments business, before taking on the role of president the following year.

Marcus recounted how hard it was to rise to the top of a global organization so quickly in a personal note posted on Facebook: “I suddenly found myself leading 14,000. The first year took its toll on me. It was hard. The second year started becoming more ‘natural’, and as we made progress on a number of fronts: technology, product, marketing, sales, and more importantly culture. I realized that my role was becoming a real management one, vs. my passion of building products that hopefully matter to a lot of people.”

At first, he said he didn’t know if another big company was where he belonged, but Facebook’s CEO Mark Zuckerberg was convincing.

“Mark’s enthusiasm, and the unparalleled reach and consumer engagement of the Facebook platform ultimately won me over. So… yes. I’m excited to go to Facebook to lead Messaging Products,” he said.

In a statement, eBay President and CEO John Donahoe, said “An entrepreneur at heart, David has made a career decision to focus on what he loves most – leading smaller teams to create great product experiences. We wish him well. He leaves behind a strong leadership team, committed to not skipping a beat on executing our plans, scaling product innovation and driving global growth.”

EBay says PayPal’s management team will report to Donahoe while a search is conducted.

We’re pleased to announce that David Marcus, president of PayPal, is joining Facebook to lead our efforts in mobile messaging.

David is a widely respected leader in the technology industry with a track record of building great products and finding creative ways to turn them into great businesses. David taught himself to write code at the age of 8, and he launched his first startup at the age of 23. In 2011 he joined PayPal as VP, mobile, responsible for leading PayPal’s mobile payments business, before taking on the role of president the following year. Under David’s leadership, PayPal has delivered great new product experiences for customers and businesses, driven new innovations in mobile commerce and achieved impressive growth.

Messaging is a core part of Facebook’s service and key to achieving our mission of making the world more open and connected. Every day around 12 billion messages are sent on Facebook, and in April we announced that Messenger, our standalone messaging app, is now used by more than 200 million people every month. We’re excited by the potential to continue developing great new messaging experiences that better serve the Facebook community and reach even more people, and David will be leading these efforts.

We are incredibly excited to work together with David and to learn from all his experience, and David will be sharing more about his work in the coming months. Welcome aboard!