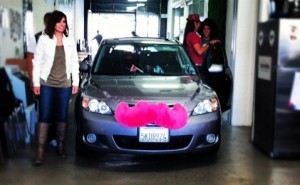 Sometimes I just want to tell lawmakers to shut up and host a hackathon.

You can almost see it: Legislators, business leaders and consumers huddled over laptops, not one in a suit, coffee cups everywhere.

Their task: Make a law regulating new technology that makes sense. The condition: It can’t be an amended version of some tired law.

It’s a stupid fantasy. I know that. Technology moves fast, for good reason. Policy moves slow, also — sometimes?—for good reason. I don’t envy anyone who has to make such mismatched forces work together. 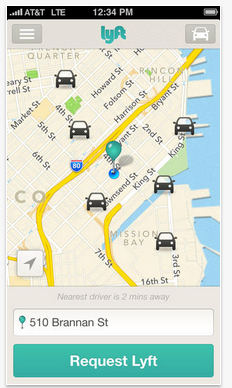 But when booming transportation services hold their umpteenth survival rally at City Hall (see this story about today’s Lyft event) and the world’s most advanced electric automaker faces legislation that would shut it out of one of the country’s greenest states (that’s this story about Tesla daring to dodge the dealer system), you start to lose your patience.

Things are getting weird. Let’s figure this out.

One of the more fascinating consequences of this tech policy clash is how closely the companies caught in the middle begin to resemble social causes, complete with rallies, protests and appeals to universal philosophies.

“With your help, we’ll continue to empower a movement that demonstrates how community can solve the greatest challenges of our time,” read an email inviting Lyft users to a Seattle community meeting last August, four months after the company launched here and one week before the Seattle City Council was set to discuss the fate of ride sharing.

Since then I’ve seen a half-dozen other emails from the company looking to enlist me in its fight. And just recently, letters urging new thinking ahead of Friday’s Seattle City Council vote have gathered the support of various Seattle tech and industry leaders. 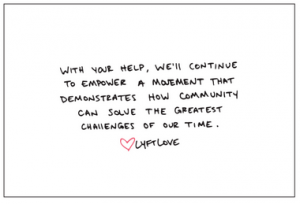 Lyft has figured out that the best way to lobby legislators is through the public, which says a lot about the public. Catching a cheap front-seat ride with a couple taps is a Cool New Thing. And in the age of at-your-service smartphones, people have little patience for laws that threaten their ability to do Cool New Things. Plus, the values of the sharing economy are an easy sell.

But nobody wants this to go on. Businesses need to be businesses, not causes. And customers want to be customers, not activists.

Can we start over?

It’s not fair for one set of companies to be burdened by regulation—or protected, depending on your perspective—when another set of companies isn’t. In that sense, taxi drivers are right to gripe against ride sharing companies like Lyft, UberX and Sidecar. And vice-versa.

But the solution isn’t to write the new players into the rules of an old game. It’s to anticipate what the game is becoming and write laws that help all the players. Above all, the consumers.

Hope came last week in the form of a bill introduced to the Washington state legislature. After months of government head scratching and local proposals that get mixed consumer reviews, at best, legislators are recognizing a need to take a step back.

“The legislature further finds that a piecemeal approach to regulating such services could result in a patchwork of conflicting standards, stifle innovation, and reduce consumer choice.”

But even when it means well, policy is SLOW. If the bill manages to pass as written and work as planned, it would revise regulations by the end of 2015. That’s an eternity in techland. Does catching up need to take two whole years? What happens in the meantime? 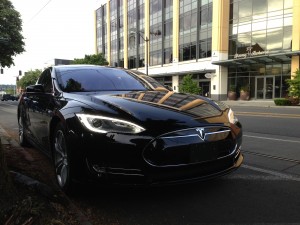 With Tesla the issue seems more clear cut. What? Tesla can’t open new stores in Washington because it sells directly to consumers? Come on. No.

“Tesla’s embrace of a direct, open competition sales approach is exactly what we say we want from old style, traditional industries to survive—innovation, creativity and an entrepreneurial spirit,” Rep. Reuven Carlyle told GeekWire in response to two proposals that would stunt Tesla’s growing presence in the state.

“The ridiculous notion that the political process in the Legislature should intervene in the marketplace of ideas in the automobile industry to prevent Tesla from direct sales is patronizing at best, and many of us are committed to defeating this special interest legislation.”

I suppose at the end of the day, the future is inevitable. If Tesla and ride sharing companies are all they say they are, then the world is going to accommodate them and that’s that.

The only question is how much nonsense we’ll have to put up with in the meantime.

We can write our legislators. We can say our piece.

There’s no reason to put up with any more.

Related: Q&A with Lyft co-founder John Zimmer: ‘I want to make sure we save Lyft in Seattle’…Stopped in its tracks? Tesla faces ban on new stores in Washington state…As Seattle decides fate of ride-sharing startups, Washington state gets involved