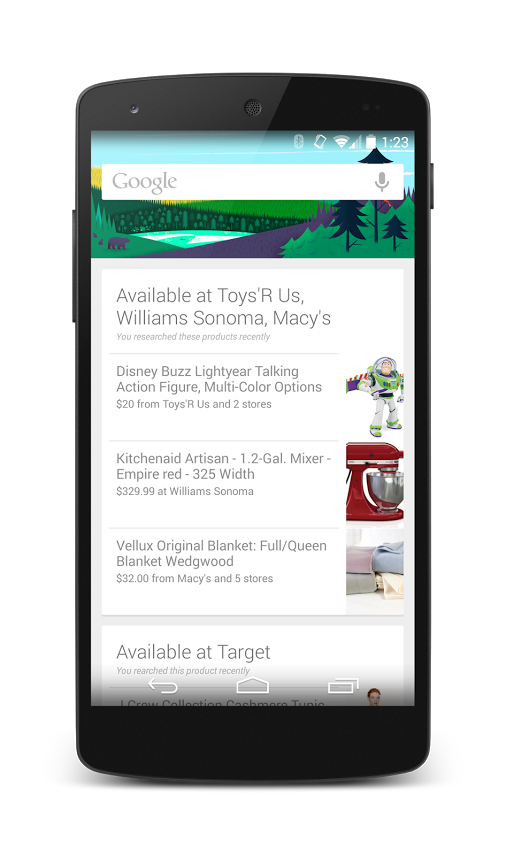 Users of the Google Now app on Android might have an easier time making that impulse buy.

The company announced today that it’s going to send users of its digital assistant service notifications when they’re close to a store that should carry a product that they recently searched for.

It’s a move by the company to use its location-aware digital assistant service as a means of driving users into physical retail stores. It’s unclear how the app knows what retailers might have available, though.

You’ve been looking for the perfect pair of hiking boots online, but haven’t gotten around to pulling the trigger. Starting today, if you’re out and about and near a store that carries those boots, you might see a Google Now card showing you the product and price to remind you that you wanted them.

Unfortunately, Google Now doesn’t know whether a particular item is in stock at a particular store, so users might be directed to buy something only to find that it’s not actually there.

Users who aren’t interested in the new feature can choose to switch off location tracking in Google Now, and it won’t be available to them. Still, it seems like an interesting idea: if I’ve been meaning to pick up Thomas Pynchon’s latest novel, why not stop by the bookstore next door after finishing my coffee?

The new feature could be a strike against Amazon, which can have a hard time giving users the same sort of immediate gratification a retail store can offer. In an attempt to combat that problem, the company recently started offering same-day delivery of certain products to members of its Prime subscription service for $6 an order.