SAN FRANCISCO – Box CEO Aaron Levie said his company has been on the hunt for the fastest-growing enterprise application, and after listening to feedback from users, the answer was … Candy Crush Saga.

He said that wasn’t a great fit, but the company does have another service that will help users get work done more often: Box for Office 365. The company is launching a beta of its extension that allows users to access their documents stored in Box without leaving Word, Excel or Powerpoint on their PC.

“It’s our job to make sure that you can get to your data wherever you want,” Levie said at the BoxWorks conference here today. 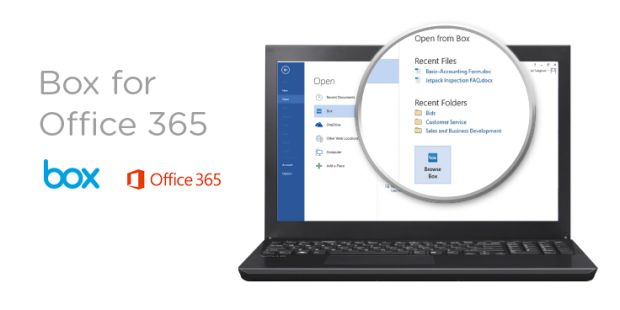 In addition to the desktop integration, Levie said that the company is working on integrating with Office 365 for the web, as well as Office for iPad. Levie has been critical of Microsoft’s decision to restrict Office for iPad’s access to cloud storage providers to just OneDrive, but said that he feels confident the company will eventually open up its tablet app to other cloud storage companies.

“But there is one person who can make this go along a lot faster,” Levie said, as an image of Satya Nadella’s Twitter profile flashed on the screen. Levie encouraged users to tweet at the Microsoft CEO in order to show their support for Box integration with Office for iPad.

Such a move might make sense, considering that Box currently reaches 27 million users within 240,000 businesses, including 99 percent of the Fortune 500.

“If Microsoft would just close their contract with us, we’d be at 100 percent,” Levie quipped.

In other news from the BoxWorld conference, Box announced an automated system for companies to handle their files stored in the cloud, called Box Workflow.

Annie Pearl, the Product Manager in charge of Box Workflow, announced the new service today at the BoxWorks conference in San Francisco. With Workflow, companies will be able to create rules-based workflows that can automatically handle documents based on different triggers. In addition, the service can tap into Box’s machine learning tools in order to better refine their processes.

For example, users can set reminders for recurring documents like contracts, so they don’t miss important deadlines. In addition, companies can set action-based workflows, so that different users’ decisions can trigger other reminders and document sharing without requiring users to move them manually.

It’s designed to make institutions more efficient at dealing with their files without requiring manual intervention that could introduce errors. Box Workflow could be a major draw for companies that would otherwise need to build their own automation solution and hack it onto a cloud service in another way.

Box will be rolling out the service over the next year. 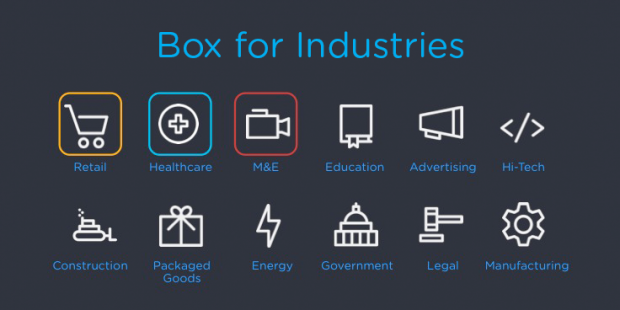 Levie said it’s a response to regulations and requirements that different industries need that aren’t necessarily applicable to companies that aren’t in the same vertical. For example, hospitals and other healthcare providers have to comply with government regulations about storing and handling patient data, but those same standards aren’t necessarily relevant to a retailer’s inventory storage.

As a part of the Box for Industries launch, companies using Box will now be able to define their own custom metadata templates so they can outline information that they need to know tailored for their business.

The company is launching with three industry-specific verticals: Box for Retail, Box for Healthcare, and Box for Media and Entertainment. Each of those services comes with its own set of industry-specific applications that integrate with the online storage platform.

Box is kicking off the program with a number of industry partnerships, including Barneys New York, Stanford Health Care and Legendary Pictures.

The new service could be a major boon to Box, as it continues to try and draw in new customers in the run-up to its IPO. By offering a one-click service that’s tailor-made for certain industries could make Box’s service a more attractive choice than some of its competitors including Microsoft’s OneDrive and Amazon Web Services.