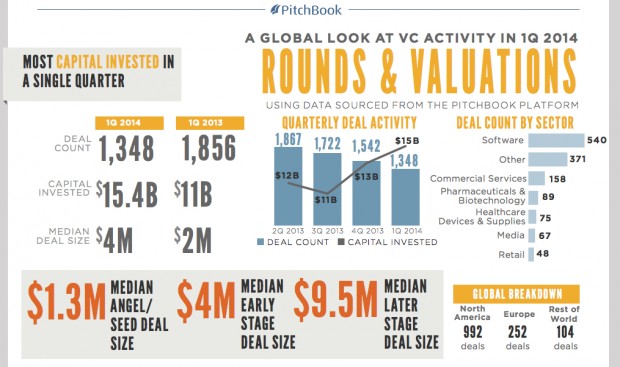 We’ve officially hit the end of the first quarter, and with that comes data about venture capital investments. The first out is PitchBook, which notes that $15.4 billion was invested in 1,348 deals during the quarter. 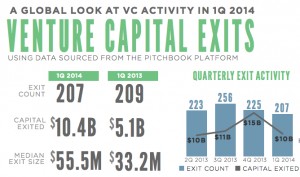 While the first quarter haul is a big one, it does not compare to the dot-com boom days. According to the MoneyTree Survey, more than $22 billion was invested in each quarter during 2000.

Nonetheless, it’s still a relatively good time on the fundraising front, sparked in part by a new appetite for IPOs. Facebook’s aggressive M&A expansion, picking up WhatsApp and Oculus in recent weeks, isn’t hurting either.

However, the number of IPOs during the first quarter — 72 — was a quarterly high not seen since 2000, reports Fortune.

We’ll have more on the venture capital front as new reports are released from CB Insights, MoneyTree and others. Stay tuned.