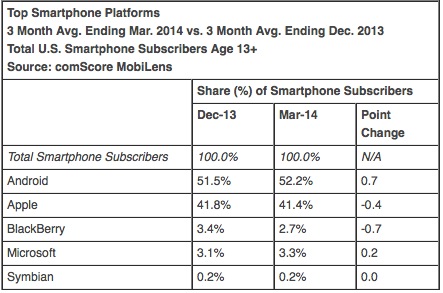 After the buying extravaganza that took place over the holidays, the U.S. smartphone market has largely reached a quiet equilibrium while customers waited for manufacturers to release new phones. 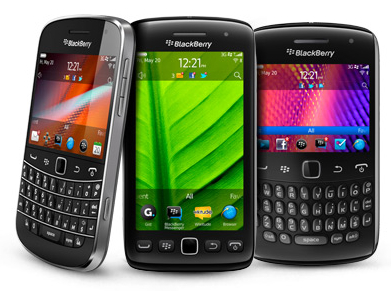 According to new results from ComScore, the market share of major players in the smartphone wars has remained largely unchanged from December through March. Android rose to 52.2 percent of the market, up from 51.5 percent previously.

BlackBerry’s share of the pie continued its downward spiral in March, dropping by almost 1 percent over three months. It’s bad news for BlackBerry, which used to be one of the leading players in the world of smartphones, but has failed to keep up with emerging trends.

The Android/iOS duopoly that has ruled the U.S. smartphone market for quite some time remains in place, with Google taking back some of the share that its platform ceded to Apple from November to January. Windows Phone has held on to its spot as the third most-used smartphone OS, thanks in part to minor gains as well as BlackBerry’s decline. 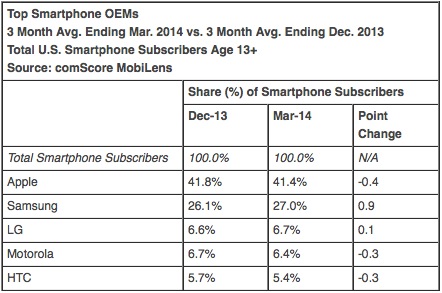 Apple’s share of the smartphone pie has continued to slip gradually from its previous peak in December, and the company finally seems to have settled at controlling almost 41.5 percent of the total smartphone market. Samsung grew over the same period, though it has been holding steady at 27 percent of the total market over February and March.

At the lower end of the spectrum, HTC remained at the bottom of the table with only 5.4 percent of the U.S. smartphone share, while LG and Motorola both control more than 6 percent of the market.

Now that spring is upon us, those rankings could change as more companies launch new phones. Apple probably won’t be releasing another iPhone until at least September, but Samsung recently released its flagship S5 phone, and HTC recently launched its updated One M8.