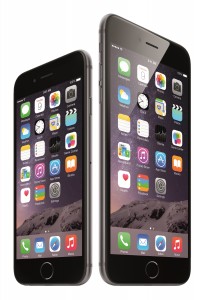 People feeling ticked off over how much storage iOS 8 takes up on their iPhone have a new lawsuit to rally around. The suit, filed yesterday in federal court, alleges that people who buy iPhones with iOS 8 installed wouldn’t expect that a device that advertises a certain amount of storage space would have some of that taken up by the operating system.

The complaint, first reported on by SiliconBeat, says that iOS 8 could take up as much as 23 percent of a device’s total storage, if a user purchases a base model iPod Touch.

What Apple does is hardly unheard of among tech companies. Device manufacturers have been selling computers, phones and tablets for years listing the total capacity of their devices and then conveniently neglecting to mention how much room the operating system will take up.

Apple fended off a similar case in Canada in 2012, while Microsoft and Samsung have each been hit with similar complaints.

The full complaint is embedded below.