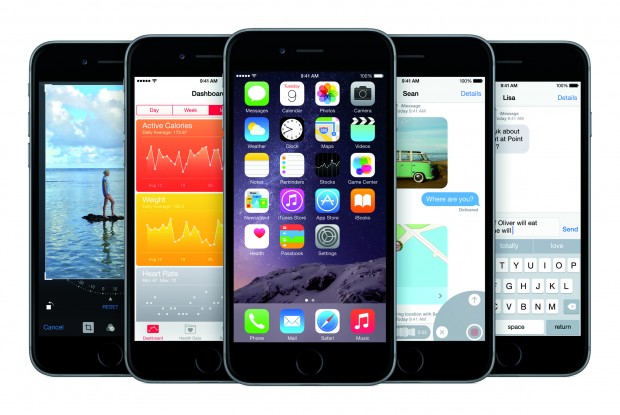 Apple has just released iOS 8.0.1, a minor update to the latest revision of its mobile operating system, and while it looks tempting, you may want to hold off on installing it. Multiple users have reported that the update causes Touch ID to stop working, and cuts off cellular network connectivity. However, those reports aren’t necessarily representative of every device, so it’s possible that people who have already begun the update will be just fine.

Update: Judging from reports on Twitter, it seems like the problems may be confined to iPhone 6 and 6 Plus users. Some people are also saying that a second reboot will restore cellular connectivity for those people who lost it. Personally, my iPhone 5S made it through the update process with no problems yet. I still recommend most users hold off updating.

Follow-up: Here’s how to rescue your iPhone 6 from the iOS 8.0.1 update

The patch is supposed to fix a handful of bugs that existed in the full release of iOS 8, including a bug that prevented third-party developers from publishing apps that take advantage of the new HealthKit fitness and health tracking framework. New iPhone 6 and 6 Plus users will find the phone’s Reachability feature to be more reliable with this update as well. 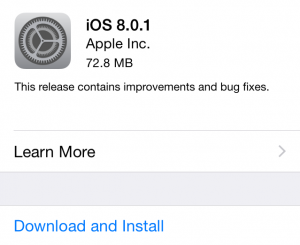 It’s a reasonably small update for people who have already installed iOS 8, clocking in at only 72.8 MB on my iPhone 5S. People who haven’t updated to iOS 8 yet will get upgraded directly to iOS 8.0.1, which means that their updates will be on the order of gigabytes in size.

Users can install the update on their devices by going to Settings > General > Software Update, or by plugging their iPhone, iPad or iPod touch into a computer running iTunes and selecting “Check for Updates.”

As always, it’s important to ensure that your iOS device is backed up before installing the update, just in case something goes horribly wrong. Check out GeekWire’s guide to updating to iOS 8 for more information about how to make sure your device is ready. Here’s the full list of changes Apple made in 8.0.1:

iOS 8.0.1
This release contains improvements and bug fixes, including:
• Fixes a bug so HealthKit apps can now be made available on the App Store
• Addresses an issue where 3rd party keyboards could become deselected when a user enters their passcode
• Fixes an issue that prevented some apps from accessing photos from the Photo Library
• Improves the reliability of the Reachability feature on iPhone 6 and iPhone 6 Plus
• Fixes an issue that could cause unexpected cellular data usage when receiving SMS/MMS messages
• Better support of Ask To Buy for Family Sharing for In-App Purchases
• Fixes an issue where ringtones were sometimes not restored from iCloud backups
• Fixes a bug that prevented uploading photos and videos from Safari