Not content to sit back while Apple claimed all the headlines today, Amazon announced a quartet of new Kindles in a massive refresh of its tablet and e-reader product lines. 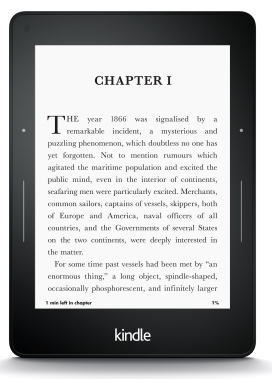 Following leaks of the device earlier today, Amazon launched the Kindle Voyage, its new flagship dedicated e-reader. The Voyage sports a front-lit 6-inch e-ink display, along with new “Pagepress” touch sensors in the bezel, to turn pages. The device is less than 7.6 mm thick, and weighs in at under 6.4 ounces, making it a light and portable option for people looking to tote around their books. Going with a new Voyage won’t be cheap: its price starts at $199.

In addition to the Voyage, Amazon also announced that its entry level Kindle now sports a touchscreen and a processor that’s 20 percent faster than its predecessor. That device will continue to anchor the company’s e-reader product line with a price starting at $79, while the Kindle Paperwhite will be Amazon’s middle-of-the-road Kindle model. 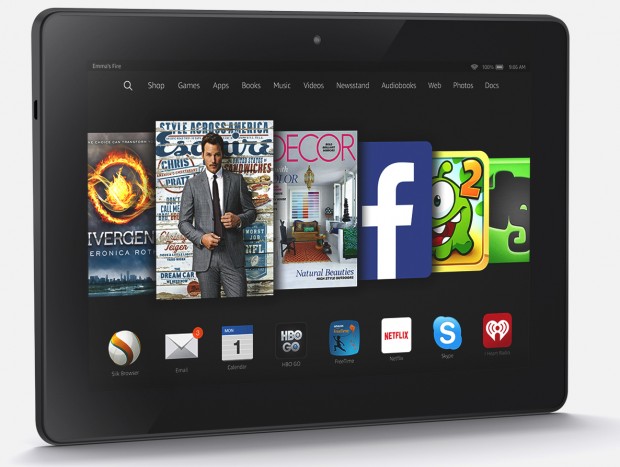 In terms of the company’s tablet lineup, Amazon announced an update to its 8.9-inch Kindle Fire HDX, which brings a 2.5 GHz processor and a faster graphics engine, as well as Dolby Audio speakers that feature Dolby Atmos surround sound technology. According to Amazon, the sound output from the HDX is twice as loud as what users could get from an iPad Air. Like the Voyage, consumers will pay a pretty penny for Amazon’s flagship tablet. The base model retails for $379, and the top-of the line HDX costs $494. 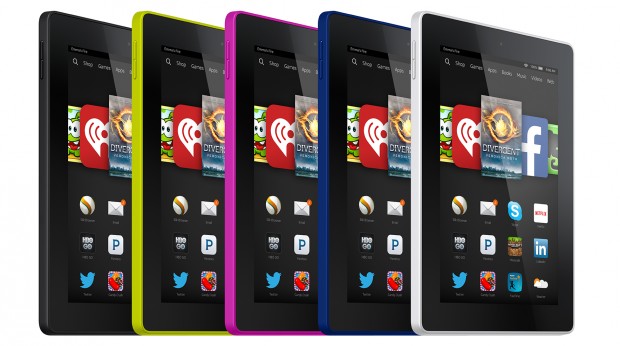 People looking for a tablet on the cheap will soon be able to pick up the new Kindle Fire HD, which now comes in 5 colors, and starts retailing at $99. Users can choose from a cheaper model with a 6-inch screen and a 7-inch model that starts at $139. 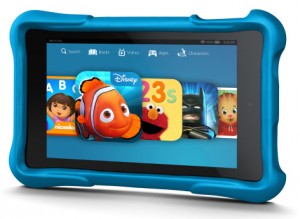 The Kindle Fire HD Kids Edition is a version of the company’s lower-end tablet that’s designed to give youngsters their very first tablet. The device comes with a “Kid-Proof” case that will make it more tolerant towards young users being rough with it, and a 2-year worry-free replacement guarantee. That means if a child does manage to break the device, Amazon will replace it at no additional cost. The tablet also comes with a free year of Kindle Freetime Unlimited, which provides unlimited free access to media tailored to kids including videos and books. Of course, all those additional features add to the price tag: the 6-inch tablet costs $149, while the 7-inch model costs $189.

All of the new devices are available for pre-order now, and all of them will be released to the public on October 21, except for the Kindle Fire HD, which will be available starting on October 2.

All of the Kindle Fire devices will be powered by Fire OS 4 “Sangria,” Amazon’s latest revision of its fork of Android. Based on Android 4.4 “KitKat,” the OS comes with a number of new features including support for user profiles that allow each family member to have their own associated email, Facebook and Twitter accounts. The profiles will also track certain kinds of progress, like how far someone is into a movie, or what level of a game they’re on.

Amazon’s new devices will ship with Sangria pre-installed, and its third-generation Kindle Fires will get the new software as an over-the-air update later this year.