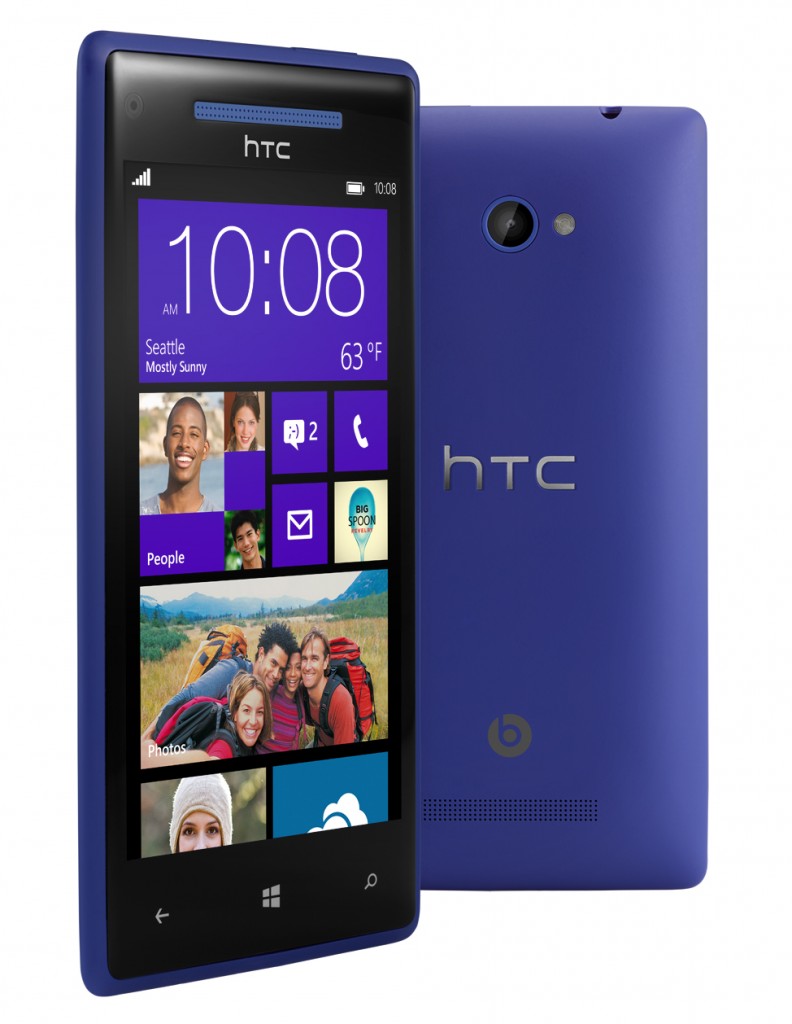 A couple weeks after switching from an iPhone to a Lumia 920 Windows Phone, I was struggling to explain why I was having such a hard time handling the Nokia device, until another Lumia 920 user put it in perspective for me: It feels like holding a Pop-Tart.

The combination of thickness, width and weight of the phone were just too much. I dreaded pulling it out of my pocket. It was uncomfortable to hold the phone with one hand for any length of time.

This past weekend I returned the Lumia 920 for an HTC 8X. I’ve been happier with the Windows Phone 8 experience overall since making the switch, primarily because it’s easier to handle and use. That said, it’s far from a perfect experience.

The HTC 8X also has a relatively large screen, 4.3 inches diagonal compared with 4.5 inches on the Lumia 920. However, the HTC device is considerably thinner and lighter (4.5 ounces vs. 6.5 ounces) with a rounded back and tapered edges that make it far easier to handle.

For the most part, the experience is the same as on the Lumia 920, but there are some down sides …

The physical buttons on the edge of the 8X, particularly the on-off switch on mine, are too flush with the casing, making them difficult to find and press without looking at the device. The on-off switch is also mushy, and doesn’t give anything close to a satisfying click when pressed.

The camera on the HTC 8X feels subpar compared with the one on the Lumia 920. Pictures are not nearly as clear or sharp on the HTC device. If a top-notch smartphone camera is important to you, the Lumia 920 is the better option, if you can put up with the weight and size.

I also miss the spoken turn-by-turn directions in the Nokia Drive app. The native Maps app in Windows Phone 8 doesn’t offer this feature anymore, one of the weirder elements of the transition from Windows Phone 7 to Windows Phone 8. There has been talk of Nokia offering Nokia Drive on non-Nokia Windows Phones, but in the meantime, it looks like the main choice on my HTC 8X is the AT&T Navigator app, for $9.99/month. No, thank you.

Another big issue I’ve encountered on both phones is the lack of easy transit directions. I was a heavy user of transit directions in Google Maps on my iPhone. Have any other Windows Phone users found a good app or solution for this?

Switching from one Windows Phone 8 to another was a relatively seamless experience, although it fell short of my expectations in some ways.

Before turning in my Lumia 920, I went into the settings and made sure I was backing up everything possible, including apps, text messages and photos. When I logged into the HTC 8X with my Microsoft account, everything was there waiting for me, except the Start screen was in its default form. I had to spend time getting all my tiles and everything else restored to the way they were arranged on the 920. Microsoft needs to make this more seamless, similar to the experience of logging into an account on Windows 8 PCs and tablets.

One bonus: Microsoft last week updated its Windows Phone software for Mac, in part to stop it from crashing for some users. I’ve had an easier time synching the HTC device on my Mac this week, but I need to spend more time with the software before I give it the seal of approval.

That’s my update for now. I’ll post more as I continue to use the HTC device.