Microsoft released its Windows 8.1 update this morning, almost a year after the release of Windows 8 — aiming to make its operating system more palatable to desktop and notebook users, and a more viable choice for consumers and businesses considering new tablets. 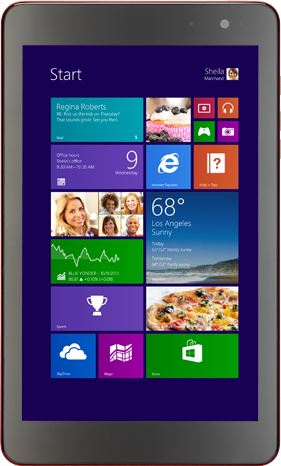 This is a critical release for Microsoft as the company tries to make the transition to tablets and secure its place in the new world of computing. Microsoft faces increasingly tough competition from Apple, Google and other rivals in this new world. Although Windows 8 now represents about 8 percent of the desktop computer market, traditional PC sales are continuing to slump, and Windows operating profits declined 18 percent last year.

Windows 8.1 also represents a new pace of development for the company, with major Windows feature updates now expected approximately once a year, rather than every three years as in the past.

Windows executives refer to Windows 8.1 as a “refined blend.” In other words, there’s not one killer feature that will generate a crush of interest (no, the return of the Start button on the desktop doesn’t qualify as killer) but rather a broad set of changes that collectively represent a significant improvement.

It’s a free update for existing Windows 8 users, available for download starting this morning from the Windows Store on Windows 8 machines.

The updated operating system will also be available on new computers starting this week. In addition to new Windows 8.1 notebooks and all-in-one desktop computers, several new 8-inch tablets are debuting with the Windows 8.1 update, including the Dell Venue 8 Pro (pictured here) and the Acer Iconia W4, both selling for $299.

These are some of the features that stand out in my use of the Windows 8.1 preview, and demonstrations of the update by Microsoft Windows team members.

Bottom line: This free update is a no-brainer for existing Windows 8 users — yes, you should upgrade. Windows 8.1 should also make people less wary of buying a new computer or tablet with the new OS. Making the upgrade from Windows 7 on an existing PC will still be a tough sell for the company.

Here is Microsoft’s FAQ on updating to Windows 8.1.