So, it’s not all that surprising to learn that the venture firm is leading a $7.6 million Series A round in a new Seattle startup called Usermind. The stealth company today announced the fresh funding, which also included participation from Charles River Ventures (CRV) and SV Angel.

Usermind plans to use the money to hire 10-to-15 people over the next year to build out enterprise software solutions that help make business operations people more productive and efficient.

The company was founded in May by CEO Michel Feaster and CTO Przemek Pardyak, both who bring a wealth of experience in enterprise software and startups. The co-founders first met a decade ago when Pardyak’s first startup, Performant, was acquired for $22.5 million by Mercury Interactive — the company where Feaster worked as a product manager.

Nine years later, Feaster left her job as VP of Products and Strategy at Apptio — a “great run,” she says — to start her own venture nine months ago.

“I wanted to see if I could take a passionate idea I had and build a great company from scratch,” she told GeekWire.

She reconnected with Pardyak to start building Usermind, which soon caught the attention of Andreessen Horowitz. 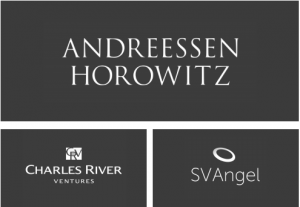 “We invested in Usermind to get access to Michel Feaster’s mind,” Ben Horowitz, cofounder and partner at Andreessen Horowitz, said in a statement. “Michel is an unparalleled product thinker in the world of enterprise applications. She and Przemek are exactly the right team to revolutionize business operations in the enterprise.”

Feaster and Pardyak see an enterprise space that’s ripe for disruption. In the old days, if you wanted to implement new software at a company, you’d get the IT department to do all the work.

Now, however, there are operations employees within each part of the business — finance, sales, marketing, etc. They source and implement Software-as-a-Service applications from many providers. Each software app must be configured to support the business processes of the company, then integrated with other apps to support cross-functional processes.

These two slides from Usermind help explain the current ecosystem: 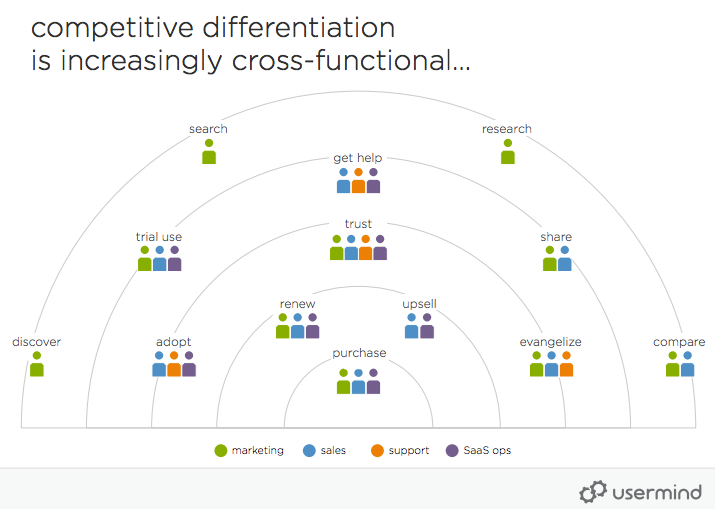 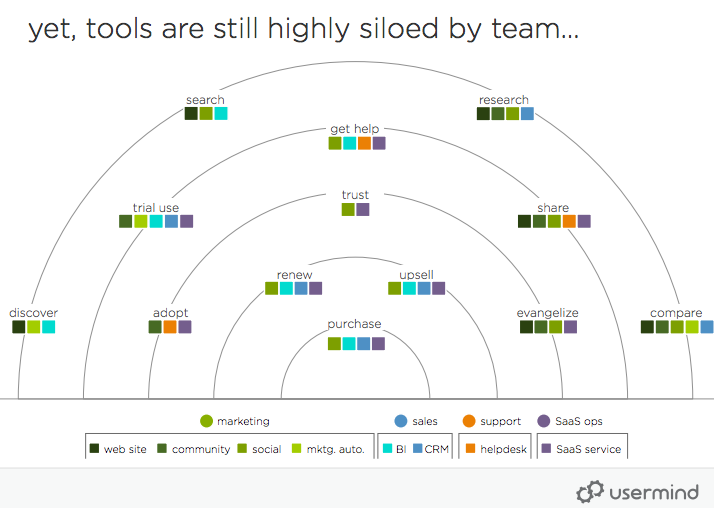 This takes lots of time and is a fragile process. Feaster and her team interviewed more than 100 employees from 50 companies to gain market research. They found a pattern: Great ideas couldn’t turn into software because it takes the Ops team too much time to code or modify existing software.

The obvious answer to those problems was a product that could speed up everything and help make the lives of operations people much better.

“Usermind is purpose-built software to make operations people more productive by allowing processes to be defined, rules to be modified and changes to be make simply and easily,” Feaster said.

The $7.6 million Series A round was actually oversubscribed, even though Usermind has no customers yet. But based on a working prototype and all the market research, there was enough proof for investors.

Feaster said that she’s “humbled,” to receive early backing for her first startup. When pitching investors, Feaster — who moved to Seattle from the Bay Area five years ago — made sure to talk about the Seattle startup climate.

“We pitched ourselves as a Seattle company and told all of the firms that we firmly believe that the Silicon Sound is about to see a startup explosion,” she said. “We hope to be part of the next wave of startups in the region. We’re very bullish that we can get amazing people to help us make a great run at a great opportunity.”