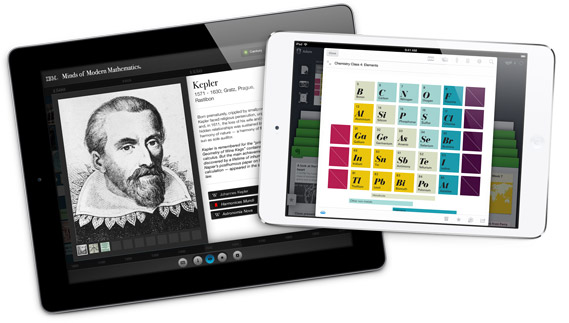 Memo to Microsoft: When it comes to Surface tablets in the classroom, be careful what you wish for. Because you might be the next victim of education’s Curse of the Bright Shiny.

Much has been made of the news that the Los Angeles Unified School District’s bold billion dollar bid to give every one of roughly 640,000 students an iPad has already gone sideways. Less than a month after the first group received their Apple tablets, schools have forbidden kids from taking them home and a few have recalled them entirely. All because a number of high-school students “hacked” (quotes mine) the security “restrictions” (ditto) so they could visit websites and services the district had blocked. You know, subversive sites, like Facebook and YouTube.

And “hacked” is in quotation marks because all some students had to do was delete their user profile from the iPad to roam the Internet without limits. This outwitting is a demonstration of advanced technological skills more worthy of Bart Simpson than Bill Gates.

The L.A. kids weren’t even the first to jailbreak their school-issued iPads. Students in Indiana reportedly did it even earlier in the school year.

Lest you think tablet failure on a potentially massive scale is just because they’re, well, mere consumer-centric iPads, I direct you to Amplify Education’s specially designed Android tablets for schools. In Amplify’s case, 15,000 of its tablets were pulled out of service and idled this month in North Carolina’s Guilford County middle schools.

The problem in that $30 million deployment wasn’t security or software. It was faulty hardware. A charger reportedly overheated and melted, and the new tablets themselves have had an astronomical breakage rate of 10 percent – in part, the district claims, because the tablet screens were not made with Gorilla Glass as had been specified.

Now Microsoft, I know you want this huge K-12 education market for the Surface. You haven’t exactly been coy about it. In June, you announced you’d give away up to 10,000 Surface RT tablets to teachers attending the International Society for Technology in Education conference in San Antonio. Then, you ran a promotion cutting the price of the Surface RT by hundreds of dollars (to as low as $199) for schools. Good grief, you even offered to give schools free Surface RT tablets for stooping to using, of all things, Bing (I had to Google it).

But before you pine for a greater share of tens-of-thousands-of-tablets adoptions like those in L.A. or North Carolina, consider these two lessons from these early school year debacles:

Dumbo Drops don’t work. Throwing technology at a problem does less to solve it than to smartly cover it up. While there are those so-called education reformers, politicians and tech entrepreneurs who think student learning issues will somehow be magically addressed when devices drop out of the sky and onto student desks, the reality is far more complex.

Tech just can’t be imposed. It has to be integrated. Thoughtful education news site The Hechinger Report cites insiders who claim L.A. officials rushed to spend money and provided little support to teachers on how to use the iPads in class (and clearly, less-than-solid security).

It’s not that this hasn’t happened before. Roughly a decade ago, L.A. district officials made a $50 million dollar purchase of well-regarded reading software and computers on which to run it. When the young students didn’t seem to be doing much better, an investigation turned up that teachers hadn’t been trained on how to set up and use the program, the software wasn’t used enough, hardware broke and was not repaired, and – as I personally recall – software and PCs were found in back rooms long after the initiative began, still in shrink wrap.

(I will admit that some actually like the creative chaos that can ensue. Take Nicholas Negroponte, who last year bragged – with no way to independently confirm the claim – that a Dumbo Drop of his One Laptop Per Child computers in Ethiopia actually led to the kids figuring out how to use them and teach themselves. But that’s more kids-as-lab-rats experimentation than structured education.)

Tech demands a backup plan. The moral of the North Carolina story is more clear and straightforward. Devices break. Expect devices in new environments to break in new and spectacular ways. One hopes that Guilford County, even though it had planned to give every student a tablet in what’s called a “one-to-one” device initiative, hadn’t recycled its paper textbooks yet. And won’t for a while.

So Microsoft, don’t succumb – or let your education customers succumb – to a lure that becomes a curse of bright-shiny blindness. Devices alone don’t an education make. The approach some districts take to tablets now would, a generation ago, have been like plopping a computer on every desk in an office with no instructions on how to complete work with them, while simultaneously removing all ledgers, pens and typewriters. In education, a digital device without clear purpose and plan becomes a blunt object with which to bludgeon learning.

Those who do not learn from tech disasters are doomed to repeat them. Education technology history can be a lot like shampoo: Just rinse it clean from your mind, and mindlessly repeat.