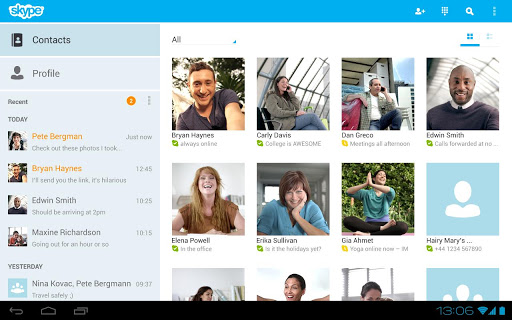 Skype today announced a new milestone for its Android app, and with it came a big update. 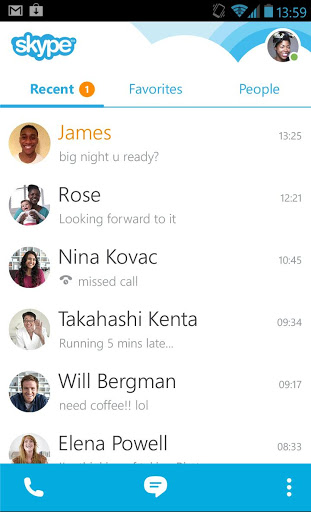 There have now been more than 100 million installs of Skype for Android, the Microsoft-owned company said Monday. Those users will see a revamped app that was just updated with a focus on messaging and conversations, just like the company promised to users last week.

A person’s most recent conversations will now appear on the app’s home screen with easy access to call and chat buttons. Also, on the Favorites or Contacts tabs, Skype will show your conversation history with each friend and you’ll be able to start a chat with a swipe and tap.

The company said that this is much more than a simple update.

“We didn’t just give Skype a makeover, we rebuilt it from the ground up to be faster and more reliable,” Skype wrote in a blog post. “We went beyond design and fundamentally changed the way Skype was built, focusing much of our effort on stability, performance, and load time.”

Skype, which was gobbled up by Microsoft for $8.5 billion in 2011, is attempting to become a general-purpose communications service, beyond the core video chat for which it’s best known. Skype earlier this year absorbed millions of users of Microsoft’s Messenger service, which has since been shut down. The native messaging app in Windows 8 will also reportedly be replaced by Skype as part of the Windows 8.1 update.

Skype said that the new Android redesign took inspiration from its apps on Windows 8 and Windows Phone 8. The company also recently rolled its video messaging feature out of beta.