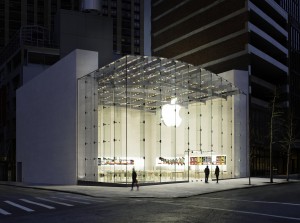 While Apple is still locked in a tussle over whether or not its e-book contracts violate the Sherman Antitrust Act, another government agency’s investigation has found the company to be in the clear on another front.

In a letter addressed to Apple CFO Peter Oppenheimer, spotted by AllThingsD, Kathleen Collins, the Accounting Branch Chief of the Securities & Exchange Commission, said the agency had completed its review of the company’s filing, signaling that it’s not going to be taking action against Apple for now.

Apple drew the ire of lawmakers for allegedly putting together “the Holy Grail of tax avoidance,” since a large chunk of Apple’s billions of dollars in profits are kept offshore, away from the IRS. Most of Apple’s cash is held overseas, especially in Ireland, where corporate taxes are lower than in the U.S. CEO Tim Cook was brought to testify in front of Congress about the company’s business practices … and why Sen. John McCain had to keep updating the apps on his phone.

“We pay all the taxes we owe. Every single dollar,” Cook said during the hearing. “We not only comply with the laws, but we comply with the spirit of the laws. We don’t depend on tax gimmicks.”

While the SEC doesn’t evaluate the compliance of a company’s tax structure under U.S. tax law, leaving that to the IRS, it seems as though the agency is satisfied with Apple’s pledges to be more transparent with investors and regulators about how it handles its money domestically and overseas.

This is also good news for other tech companies like Google and Microsoft which have similar overseas cash hoards. It means that at least for the time being, the government isn’t going to be coming after them, too, assuming their books are in similar shape.