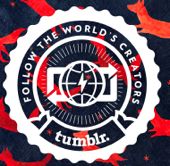 Yahoo is reportedly buying Tumblr for $1.1 billion in cash, a deal that was first reported by All Things D.

The Wall Street Journal, citing people familiar with the matter, reports that the Yahoo board has approved the deal.

It would mark the biggest deal yet for Yahoo CEO Marissa Mayer, and it would give the company a big shot-in-the-arm when it comes to reaching the coveted 18 to 34-year-old demographic.

Based in New York, Tumblr boasts 108 million blogs and 175 employees. As part of the deal, All Things D reports that Tumblr CEO David Karp is incentivized to stay at Yahoo for four years. The service, which generated just $13 million in revenue last year, is expected to remain relatively independent.

Yahoo is expected to announce the deal, as well as an update on its Flickr photo sharing service, on Monday, reports The Wall Street Journal.

Yahoo is looking to supercharge efforts under the direction of Mayer. Revenues fell seven percent to $1.1 billion in the first quarter. It finished the quarter with cash, cash equivalents and investments of $5.4 billion.

“We are moving quickly to roll out beautifully designed, more intuitive experiences for our users. I’m confident that the improvements we’re making to our products will set up the company for long-term growth,” said Mayer in the company’s first quarter earnings release last month.