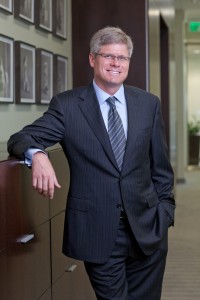 Follow-up: Qualcomm names Mollenkopf its next CEO, taking him out of running for top Microsoft job

Just when we thought we had seen everything from the Microsoft CEO search rumor mill, there’s another surprise today with the news that there might be another competitor for the top office in Redmond.

According to the report, the Ford CEO, who has been widely rumored to be a leading candidate for the CEO job, has fallen out of favor with Microsoft’s Board of Directors in recent weeks due to his lack of technical experience. On top of that, a report today said that Mulally will be facing greater pressure from Ford’s board to better outline his plans for the future.

If there’s one thing Mollenkopf certainly has, it’s technical experience. He joined Qualcomm as an engineer in 1994, and has remained with the company ever since. His work at Qualcomm could help Microsoft’s burgeoning mobile efforts, especially if the company chooses not to tap former Nokia CEO Stephen Elop for the top job.

Still, some things don’t change. Satya Nadella, Microsoft’s head of cloud services, remains the leading internal candidate for the job, according to the report.