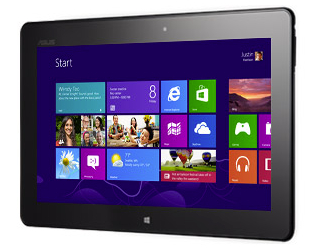 Microsoft’s Build developer conference starts Wednesday in San Francisco, giving the company a new chance to generate interest in Windows 8 among a key audience — the people who make the apps that help to fuel demand for the OS from end users.

The company will be releasing the first preview version of Windows 8.1 in conjunction with the Build keynote. That update introduces new changes such as the return of a pseudo-Start button to the traditional Windows desktop, among other new features designed to respond to customer complaints and fuel new sales of tablets and PCs running the new operating system.

Microsoft says more than 100 million Windows 8 licenses have been sold since the October release. However, PC sales overall have been slumping, and the company hasn’t yet seen the traction it needs on tablets.

It’s the first time since 1997 that Microsoft has held its developer conference in San Francisco, as noted by AllThingsD this morning.

Steve Guggenheimer, the chief evangelist for Windows, said in an interview with GeekWire last week that the choice of venue was based in part on the fact that the space at Moscone Center was available and met Microsoft’s needs. But it also makes it easier for Microsoft to get on the radar of developers who would otherwise be focused on Android and iOS.

“There’s a ton of startup energy down there,” Guggenheimer said.

Apart from trying to draw attention away from Apple and Google, the Redmond company needs to appeal to its own base — traditional Windows software developers who may have been on the sidelines so far and held off on developing “Modern UI” apps for Windows 8.

Microsoft last week announced a series of new apps that have come to Windows 8, with more than 80,000 apps in the Windows Store, but the company is still seeing most apps debut first on competing platforms, and then come to Windows 8 almost as an afterthought. One of its goals this week at Build will be cultivating more “Windows-first” apps.

The common core among Windows 8, Windows Phone and Xbox One make it likely that Microsoft will focus on its mobile operating system and upcoming game console in its conversations with developers this week, as well.

I’m headed down to San Francisco and will be posting from Build on GeekWire throughout the week. Stay tuned for more coverage starting tomorrow.