The popularity of the personal computer continues to fade away, as the latest numbers from market researcher Gartner show worldwide PC shipments falling for a record fifth straight quarter.

Shipments decreased to 76 million units in the Q2 of 2013, down 10.9 percent from the same time last year. All device makers and all regions showed declines last quarter. 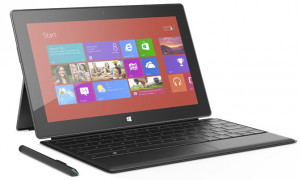 Not surprisingly, Gartner credits the demise of PCs to the rise in cheap tablets, which 33 percent of Americans now own.

Worldwide tablet shipments are expected to grow by more than 58 percent this year, surpassing shipments of portable PCs for the first time, according to projections made by IDC in May. The research firm said tablets will reach 332 million units by 2015, exceeding the total PC market.

Gartner released numbers last month projecting a 10.6 percent decline in PC shipments for 2013. While Gartner expects the PC market to continue to decline into next year at a slower pace, they predict shipments of ultramobile devices will nearly double again next year. Tablet growth is expected to slow in 2014 as fewer consumers need to purchase new tablets.