Yes, in raw numbers, Microsoft is paying less for Nokia’s Devices & Services business than it did for Skype — forking over $7.2 billion for the smartphone maker, compared with $8.5 billion for the video communications company. 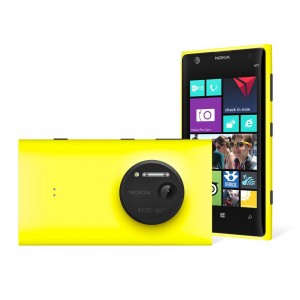 But by almost every other measure, the Nokia deal is the biggest in Microsoft’s history. The company will be adding 32,000 employees, expanding its direct workforce by almost a third. It’s also bringing aboard a set of businesses that posted revenue of nearly 15 billion euros last year (US $19.6 billion) … and a $1.5 billion net loss.

More than that, the risk is huge. Microsoft is pushing into an entirely new area, making its own smartphone hardware. It will also be competing with its hardware partners in smartphones much more aggressively than it has in tablets. Nokia represents about 85 percent of the Windows Phone market.

In a post on the news, Microsoft operating systems chief Terry Myerson, who previously ran Windows Phone engineering, says he believes the Nokia acquisition “will help make the market for all Windows Phones, from Microsoft or our OEM partners.”

Maybe so, but there’s no guarantee. Over time, if the current pattern holds, it’s actually not difficult to imagine Microsoft becoming the sole vendor of Windows Phones, essentially —whether it wants to be or not.

One interesting question that I’ve asked but haven’t gotten an answer to yet: Will Microsoft keep the Nokia name? This slide from Microsoft’s presentation on the deal suggests not. 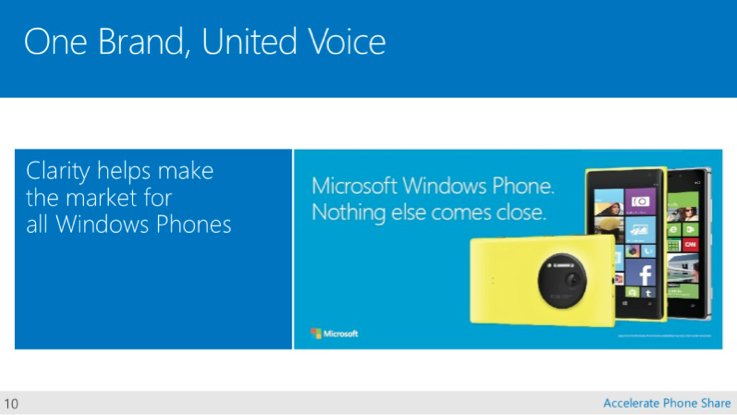 So, to recap the last few weeks: Steve Ballmer is leaving, ValueAct is getting a board seat, Microsoft is getting into the smartphone business by acquiring Nokia, bringing back Stephen Elop right in the middle of a CEO search, shortly after completely changing the company’s management and organizational structure.

Did I forget anything?

The Nokia deal is not just Microsoft’s biggest ever. It’s the conclusion of the most tumultuous summer in the company’s history. And there’s no doubt more to come. If this is their idea of a holiday weekend, just imagine what the rest of the year is going to be like.