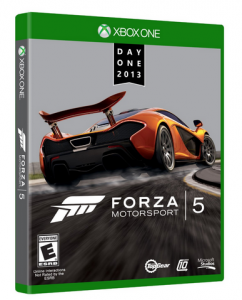 If you were one of the unlucky gamers with a broken Xbox One, well, at least you’re now eligible for a free game.

However, it doesn’t look like customers can choose which game they receive. Here’s a statement Microsoft provided to us:

While a replacement console is on its way, we want to ensure our advance exchange customers can stay in the game. We will provide each of them with a free digital download of one of the launch titles published by Microsoft Studios.

Several people have posted videos and are issuing reviews about a problem with the Xbox One disc drive. When inserting a disc, the broken consoles make a bad grinding sound and are unable to play disc-based games. One person coined it the “Noise of Death.”

Late last week, Microsoft said that the “issue is affecting a very small number of Xbox One customers,” and was sending replacement consoles “right away,” even before customers return their bricked consoles.

Sony, meanwhile, had its share of problems after debuting its PS4 a little more than a week ago, with many issues appearing to be caused by damage during shipment.