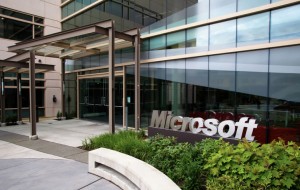 Microsoft has reached a deal to buy another 200 acres of land in Quincy, Wash. which it plans to use as a home for a new, massive data center. The deal, as reported by the Seattle Times and others, is valued at $11 million and believed to be the biggest in Quincy’s history.

The company already has one 75-acre data center in Quincy, which also serves home to data centers from Dell, Intuit, Yahoo and other internet companies. The rise in cloud computing is driving demand for more data center capacity, with Microsoft’s offer of 20GB in additional SkyDrive storage for Windows Phone users serving as just the latest example.

Quincy is a particularly popular location for data centers, in part because the town’s power comes from a pair of hydroelectric dams along the Columbia River, at a time when companies are searching for sustainable ways to power their server farms.

Fiber-optic internet provider Level 3 has also spent a great deal of money beefing up the town’s connection to its internet backbone, so that companies can score high speeds from their data centers.

According to the report, the deal is expected to close in early January.

UPDATE: Here’s the text of the Port of Quincy’s press release:

QUINCY — The Port of Quincy announced this week it intends to sell 200 acres of industrial property to Microsoft for $11 million.

Microsoft will build a data center on the port property, which is on the west side of Quincy. When completed, it will create 100 full-time jobs, a Microsoft spokesperson said.

The land deal is one of the largest in port history, port Commissioner Curt Morris said.

The Quincy location is the second for Microsoft, which built its first server farm on 75 acres of port property in 2007. Construction on the new site will begin in the spring, with the first phase completed by early 2015, the spokesperson said.

Port commissioners announced the pending sale, which is expected to close in late January, at their Monday meeting following a public hearing to announce plans to sell the property.

The sale actually will occur in two separate transactions.

Microsoft will pay $3,985,500 for 60 acres the port already owns. The port is purchasing 142 adjacent acres from Donald and Joyce Helsley for $6,630,900. It then will sell that property to Microsoft for $7,058,700, according to the purchase-and-sale agreement, which commissioners and Microsoft representatives have signed.

The city of Quincy on Tuesday annexed the Helsley property into the city limits, making way for the transaction to move forward.

The port has been working for nearly a year on this sale. In most recent years, the port has attracted six server farms, which are digital warehouses that support Internet services. Along with Microsoft has come Yahoo!, Dell, Sabey, Vantage and Intuit. Low electrical costs have made Quincy an attractive option for many of these companies.

This new development will be the largest server farm in Quincy; the site is more than three times the size of the current property Microsoft owns here.

The company meets all of the zoning requirements of the city, Morris said.

“Our mission is to continue to advance the industrial development of Quincy,” he said.

Port commissioners spoke of the many ways the new server farm will impact the community, from creating additional sales and property taxes for the area to stabilizing electrical rates for residents. The economic impact will be felt throughout the area, Morris said.

“To me, it’s extra exciting to have a company of this magnitude want to locate in Quincy,” he said.