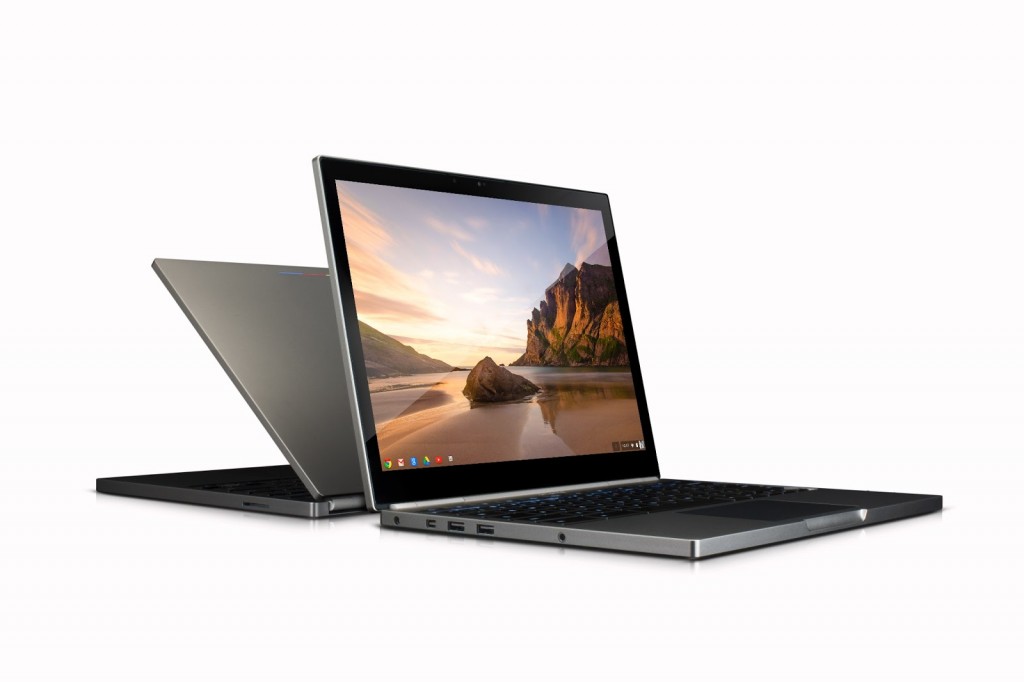 Microsoft isn’t the only tech giant designing its own laptops.

Google today debuted a premium Chrome OS-based laptop called the Chromebook Pixel that starts at $1,299. It’s a far cry from Google’s first Chromebook, a netbook-like device that goes for as cheap as $249.

The Chromebook Pixel looks very much like a Macbook Pro. It’s designed for the power user with 4GB of RAM and 32GB and 64GB SSD storage options, along with 1 terabyte of free cloud storage. There’s also a dual-core 1.8-gigahertz Core i5 processor.

The laptop has a 12.85-inch touchscreen and a 3:2 aspect ratio. Google says that the Pixel has the highest pixel density (239 pixels per inch) of any laptop screen on the market today and sports an impressive 2560 by 1,700 resolution.

“With a screen this rich and engaging, you want to reach out and touch it—so we added touch for a more immersive experience,” writes Linus Upson, Google’s VP of engineering.

Like the Chromebook, the Chromebook Pixel uses the Chrome OS and only runs web applications. The laptop, built from aluminum alloy, also has a backlit keyboard and a touchpad etched from glass. There is a 720p Webcam for video chats, and three built-in microphones to cancel out background noise. You can also buy an LTE-equipped model for $1,449.

You can buy it today on Google Play and soon on BestBuy.com. So, are you willing to shell out some serious dough for Google’s newest product? Vote below.