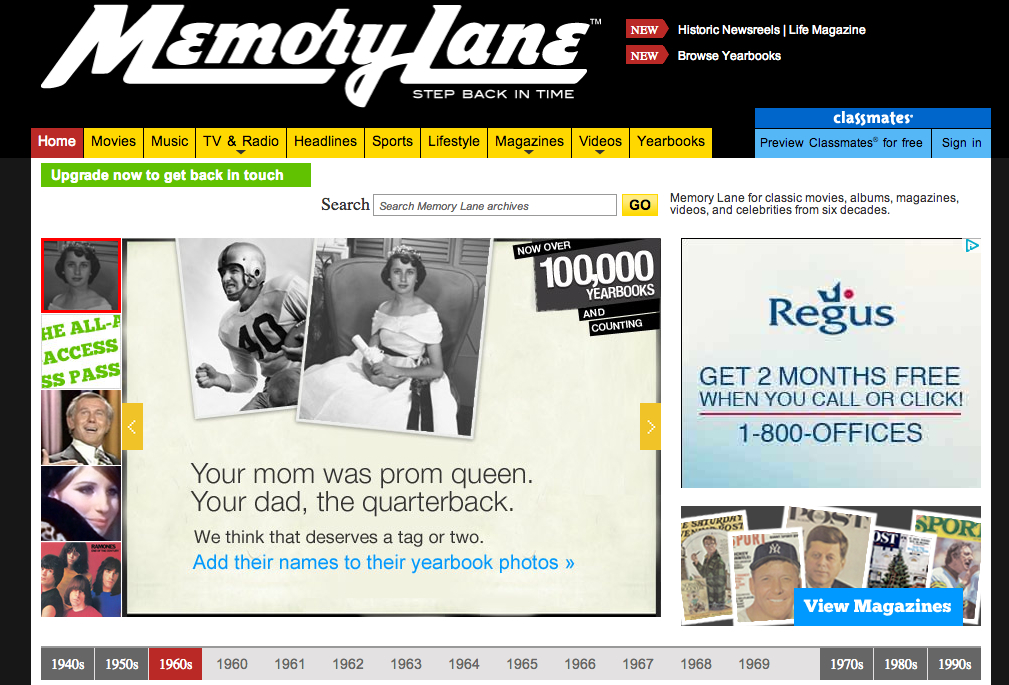 Memory Lane, the social networking site that operates Classmates.com, has laid off staffers at its offices in the Seattle area, sources tell GeekWire.

We’ve reached out to Memory Lane’s parent company, United Online, for comment and we will update this post as we learn more. We’re hearing that positions were eliminated in a number of functions, from development to marketing to project management.

Memory Lane cut its staff in December 2011 as well, though the company declined to comment on that layoff.

Founded in 1995 as Classmates.com, the company has struggled to adapt as new social networking platforms like Facebook and Twitter have gained steam. Classmates was acquired by United Online for about $100 million in 2004 — the same year that Mark Zuckerberg and crew founded Facebook at Harvard University.

United Online last week posted revenue of $153 million for the fourth quarter, up seven percent over the same period in 2011. Its net loss was $12 million.

United Online also owns Internet service provider Net Zero and online floral delivery service FTD, which is in the process of being spun off.