New renderings submitted by Amazon’s architects show updated designs for the three giant, connected biospheres that will serve as the centerpiece of the company’s new campus on the northern edge of downtown Seattle.

Maybe it’s just me, but this looks a lot like a facility that Kirk and Spock might have visited upon returning to Starfleet Command sometime in the 23rd Century — which would make sense, given that Amazon CEO Jeff Bezos is known to be a giant Star Trek fan.

Or possibly the architects just thought this would look better.

In any case, the new designs shift from the original look — which had a relatively uniform supporting structure of diamond shapes — to what’s described in the latest planning documents as “Catalan spheres,” which sounds like it could be a Star Trek reference (as Hal points out on Twitter) but apparently comes from math theory (thanks for the help, Brad).

Here’s the latest planning document, as submitted to the city. Amazon’s architects, from NBBJ, are set to present these latest plans to the city Design Review Board on Tuesday.

Here’s a slide explaining the new geometry of the biospheres (click for larger image), along with additional renderings showing what they’ll look like. At bottom is an overhead view at night. 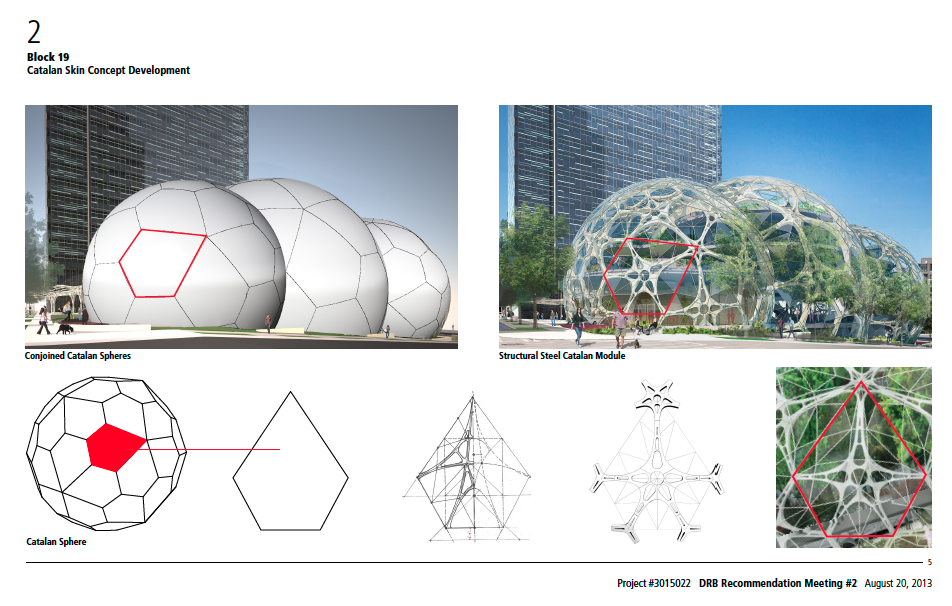 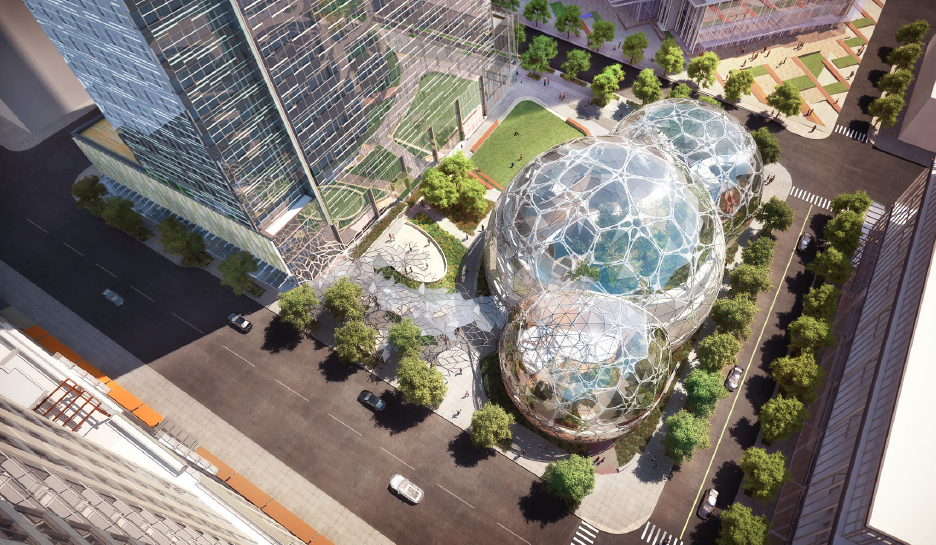 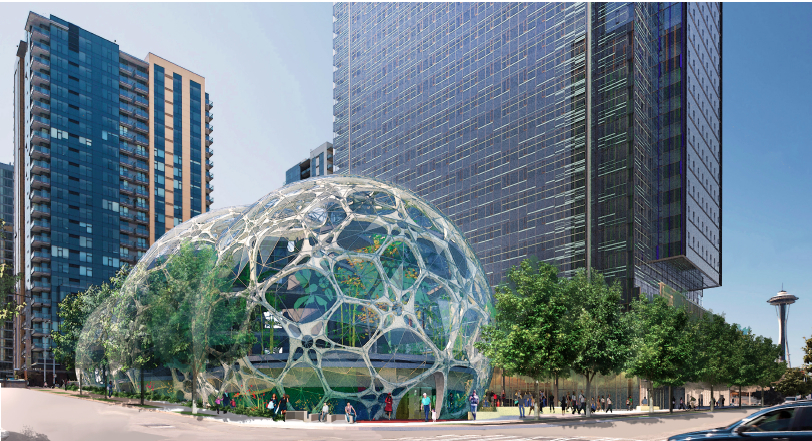 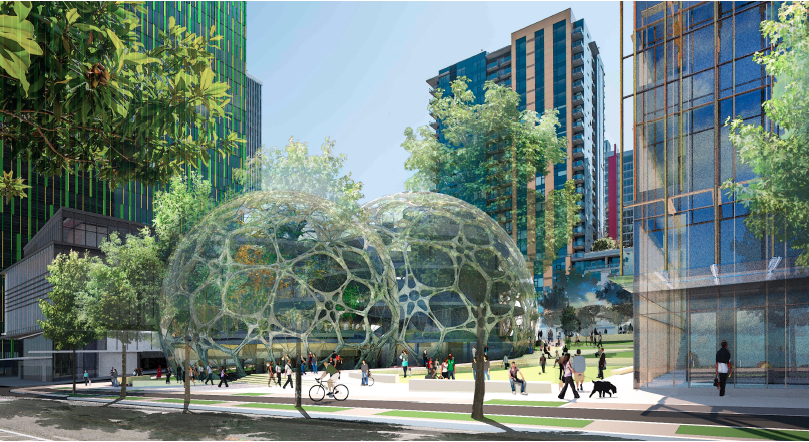 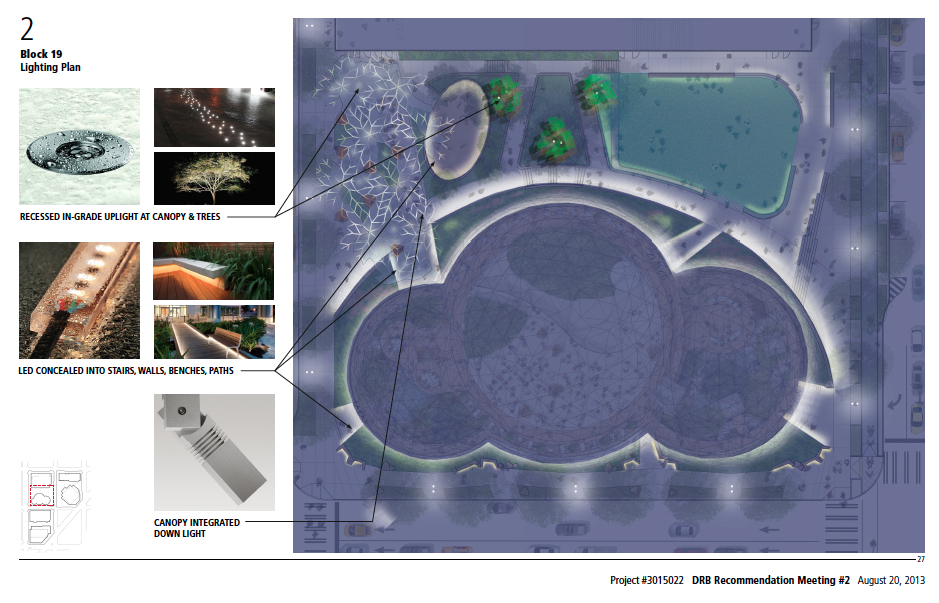