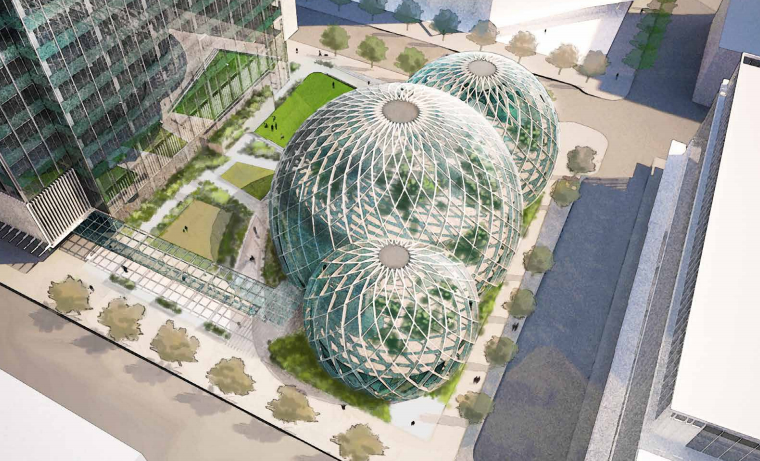 Amazon.com is charting a new course for one of its proposed downtown Seattle office buildings, unveiling new drawings this week which show a massive spherical greenhouse-like structure capable of housing multiple forms of plant life as well as mature trees. And, yes, of course, throngs of Amazon workers will be permitted too. 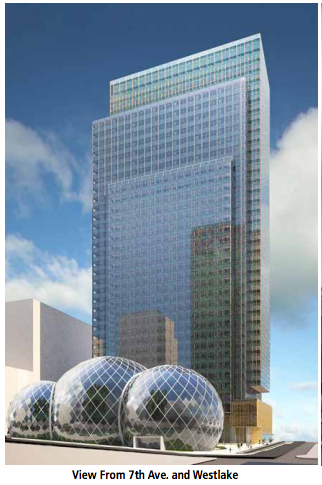 The new proposal, which will be discussed at a Design Review Board meeting tonight at Seattle City Hall, is a radical departure from the company’s previous design for a rectangular structure on the so-called “Rufus 2.0” block. The new biosphere building would be built in conjunction with Amazon.com’s adjoining skyscraper project.

The goal of the new spherical space is to create an environment where employees can “work and socialize in a more natural, park-like setting,” according to documents released in front of tonight’s meeting.

“The generative idea is that a plant-rich environment has many positive qualities that are not often found in a typical office setting,” according to the design documents.

“While the form of the building will be visually reminiscent of a greenhouse or conservatory, plant material will be selected for its ability to co-exist in a microclimate that also suits people,” the documents continue. “To encourage growth and maintain the health of the plants, the building’s interior will include high bay spaces on five floors totaling approximately 65,000 SF and capable of accommodating mature trees.”

The images of the glass building certainly look futuristic, perhaps mirroring Amazon.com founder Jeff Bezos’ own love of science fiction. They also will put Amazon.com in competition with Apple for geekiest office space. (Previously on GeekWire:  Apple vs. Amazon: Whose new headquarters is cooler?)

It’s also not lost on us that the biosphere concept could play off the company’s name. After all, before Amazon.com arrived on the scene, Amazon was associated with one of the most ecologically diverse places on the planet.

Reminiscent of the glass biosphere projects found in Arizona, Montreal, Genoa, Italy and the Royal Greenhouses in Belgium, architects at NBBJ noted that the building will mirror “botanical zones modeled on montane ecologies found around the globe.”

Amazon.com is looking to transform a portion of downtown Seattle, with its proposed office project just a few blocks away from its current South Lake Union campus. The project, which could take more than six years to complete, will include three 37-story office towers encompassing about 3.3 million square feet. 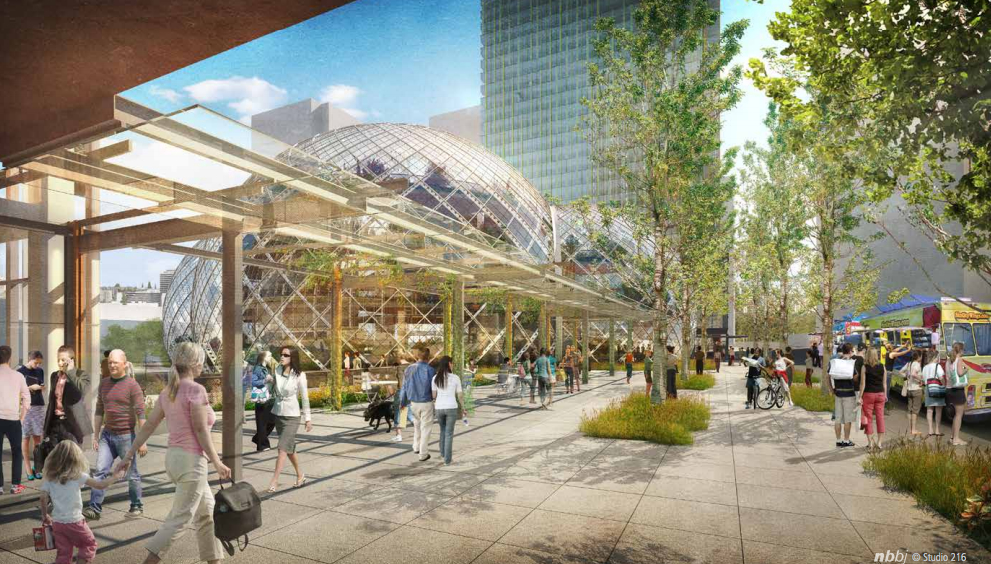 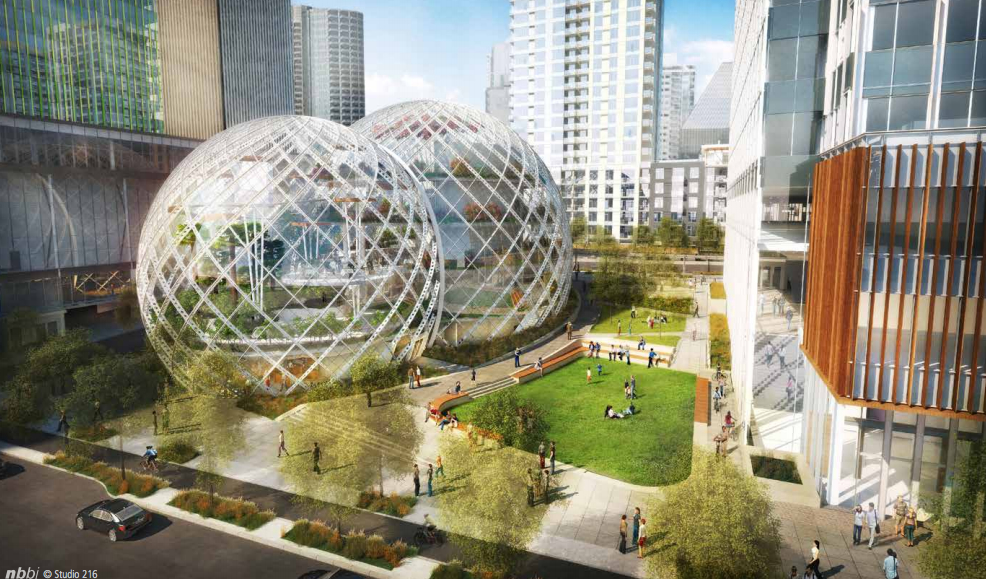 What do you think of the new building design? Love it? Or hate it?