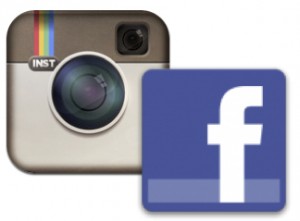 Washington’s Senate Bill 5211 takes effect on Sunday and employers are now prohibited from asking for social media passwords of their employees both on the job and during interviews.

The new law, which passed the Senate and House unanimously, also bans employers from demanding that employees befriend them on social media in order to gain access to their respective profiles. Employers may also not demand access while in the employee’s presence, or in other words no shoulder-surfing.

There are a few exceptions. Employers may be granted access — but not be given the actual passwords — when “making a factual determination in the course of conducting an investigation.” The purpose of the internal “investigation” must relate to “work-related employee misconduct,” or instances when workers may be leaking confidential information. This law also does not apply to internal social networks.

There several other states that have implemented similar laws or have pending legislation about this issue. Oregon, which also will soon prohibit employers asking for passwords, also passed a law banning colleges from doing the same to students.

It’s key to note that in section 4.8 of Facebook’s Terms and Conditions, the social networking site explicitly states that:

Under section 5.7, it states that:

“If you collect information from users, you will: obtain their consent, make it clear you (and not Facebook) are the one collecting their information, and post a privacy policy explaining what information you collect and how you will use it.”

Earlier this year, we asked readers if they agreed with the law — more than 96 percent said yes.

Previously on GeekWire: Persona wants to help you get hired by protecting your social media reputation 24/7 … Geek on the Street: Facebook’s stock is soaring, but do people think it’s still cool?