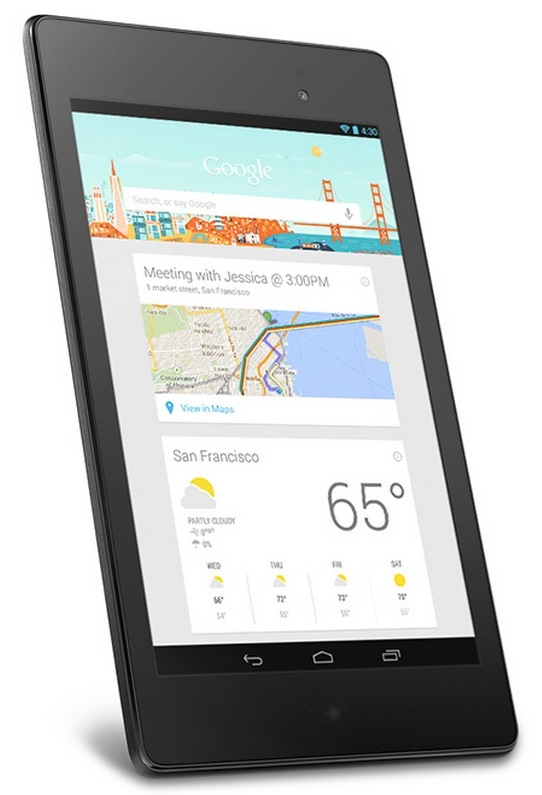 Google has taken the lid off its new version of the Nexus 7 tablet at a press event this morning, complete with a host of improvements.

The new Nexus 7 will sport a 1.5 GHz Qualcomm Snapdragon processor, along with 2 GB of RAM and 16 or 32 GB of onboard flash memory. Instead of its previous 1280 by 800 pixel display, the Nexus 7 now has a high-resolution 1920 x 1200 screen. For people who want a tablet that can double as a camera, the tablet will feature a 5MP rear-facing camera in addition to its front-facing camera.

It will be shipping with the newly-announced Android 4.3, which will retain the name Jelly Bean. The new OS won’t have a ton of new features, but one of the keys is something Google calls Restricted Profiles: the option to restrict what a user can do on a device. It seems similar to Microsoft’s Kid’s Corner functionality, and provides even more power to Android’s multi-user capabilities, something the iPad lacks.

The new tablet will also be the first Android device that can stream 1080p video from Netflix. Netflix’s app on iOS doesn’t yet support streaming at 1080p, so at least for now, that capability is an Android exclusive.