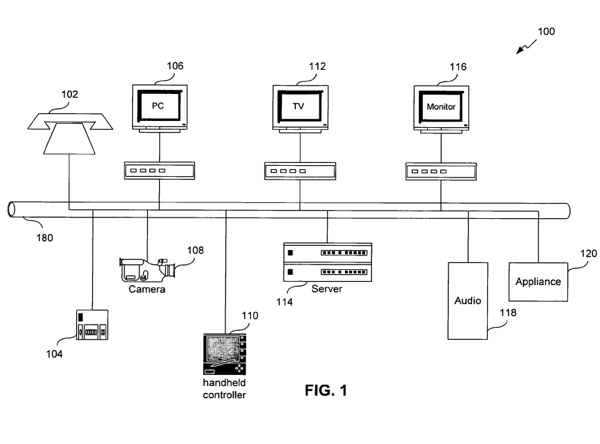 Not much is known about id8 Group R2 Studios Inc., the stealthy home automation startup founded by former Sling Media CEO Blake Krikorian. The startup was reportedly acquired by Microsoft this week, with the Redmond company beating out the likes of Apple and Google for the deal.

But a search of U.S. patent filings provides more hints about where the startup was headed, and why Microsoft and other tech giants were apparently so interested.

According to U.S. patent filings, Krikorian’s company acquired more than two dozen patents and patent applications last year covering a wide range of automation technologies in the home. One of them is a broad patent for using a central server in conjunction with a portable remote as a master control for everything in the home — including televisions, computers, stereos, lights, ovens, alarm clocks and more.

The patents were acquired by id8 Group R2 Studios Inc. a year ago from OpenPeak Inc., a tech company based in Florida.

Microsoft isn’t commenting on the id8 deal, and the acquisition hasn’t been officially announced, so it’s not clear how the company plans to fold the startup’s technology into its own products. It’s possible that Microsoft is only interested in specific elements of the technology. In some cases, these deals are more about the talent.

But the Wall Street Journal reports that Microsoft acquired the startup to bolster the Xbox group, and the patents are part of the deal. Given the way the Xbox has been expanding beyond video games, it’s not a huge leap to imagine Microsoft making the console more of a hub for home automation over time.