Have you ever had 7,000 people flip you off in unison for 45 minutes?  Unfortunately, I have – and still call upon that unreal experience from a previous life (more about this below) for perspective.

Thing is, my business partners and I have been through some exhilarating and challenging times as we bootstrapped our business, growing from zero to a projected $10 million in revenue this year.

While most are not as intense as facing a sea of middle fingers, here are five concepts we’ve applied:

A lot has rightly been written here on GeekWire and elsewhere about setting strictly focused parameters around a new company.

However, this can quickly slide into saying “no” too often if you’re not careful.

When you’re bootstrapping a business, you need cash-flow now and this means finding ways to say yes. It is absolutely critical to stay focused on your areas of expertise, but find ways to say yes in applying what you do to prospective customers of all shapes and sizes.

Later, you’ll earn the flexibility to focus only on global 500 technology companies or whatever your designated sweet spot may be.

For us, this meant staying focused on search marketing, but saying yes in creative ways, especially as we were getting started.

A one-month deal with an immediate out? Yes.

Taking on customers deemed too small by many?  Yes.

Some of these early customers have grown to be among our biggest, most loyal partners.

One of the most important things to know out-of-the-gate when bootstrapping is that you are going to take a pay cut, period.

You’ll also probably have to pay your first employees more than what you make.  At the same time, make a series of forward-looking investments to set your company as a long-term destination for employees, not just another startup to pad resumes.

Among the things we did upon hiring our first new employees was to institute 401-K, comprehensive benefits, regular employee training, a priority on internal promotions, and later some quirky-perks (“half-day Friday” in which employees can take time for themselves half of each Friday, free lunches, ping-pong tournaments, etc.) that engender long-term loyalty and a great culture.

It might seem precocious for a bootstrapped tech startup. But we designated one of our founders as Chief Operating Officer, as the part of “acting big.” This helped ensure that we had financial discipline, collected our bills diligently, handled cash we generated carefully, took care of our growing team and didn’t repeat one of our very earliest mistakes.

3. Know Your Limits and Rip the Band-Aid 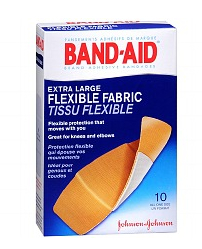 There’s a difference between being a technology consulting company and a technology development company.  We blew $100,000 learning this the hard way.

After establishing some nice early cash flow, we got cocky and thought we’d just build a search tool ourselves instead of partnering with someone who’d already done it better than us.  Confidence is one thing. But, contrary to what Anthony Robbins may say, it can turn a $100,000 mistake into a million-dollar fiasco if it’s misguided.

Be willing to rip-off the proverbial Band-Aid quickly and move forward without a losing project.

Also, the minute you’re certain there’s an employee who’s simply not the right cultural or business fit, make the tough move and let them go.  When you’re bootstrapping, agonizing over trying to create a fit where there isn’t one is the wrong move for everyone involved.

4. Harvest Your Backyard:  Your path to success doesn’t always have to go through Sea-Tac Airport.  We made an up-front decision to generate at least 40 percent of our business from local sources, a move that has treated us right and which we think can translate to many other Seattle-area tech companies.

We’ve especially enjoyed regular, structured exchanges with leadership teams from other tech companies in town.  Point is: We’re in one of the world’s great tech centers and we should all think locally. 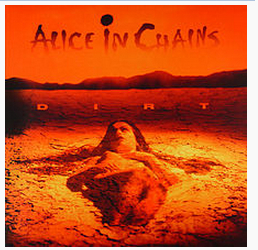 And, now for the most important advice of all. Never, EVER open for Alice in Chains in Chicago.  When I was drummer in the band Sweet Water back in the 1990s, this struck home the minute my band-mates and I stood between 7,000 impatient fans and what they’d really come to see.

Our songs were great. But we weren’t Alice in Chains, and folks outside of Seattle really didn’t know us, as rows-upon-rows of one-fingered salutes could attest.  We got through that set alive.

Later, we had many amazing shows of our own. But who knew that a lesson from that night in the Windy City could apply to the world of business and technology two decades later?

Before jumping into a meeting or presentation, take a minute to really think about each audience.