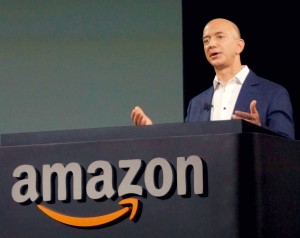 Amazon just posted another unprofitable quarter. But the company did manage to beat Wall Street’s expectations.

The company reported a quarterly net loss of $41 million, or 9 cents per share. That’s barely above analyst expectations for a loss of 10 cents a share. The loss came despite net sales rising 24 percent to $17.1 billion, from $13.81 billion in Q3 of last year.

It’s been a big quarter for Amazon, which saw the launch of new models of the Kindle Fire, a new Kindle Paperwhite, as well as sealing the deal on a major contract to provide cloud services for the CIA.

It’s not all sunshine and rainbows, though: the news comes amid rumors that a new set-top box, supposedly named the FireTube, which was expected out in time for the holiday season, will not be out until 2014.

Despite posting its second straight quarterly loss, investors still appear bullish on Amazon, which usually shows razor-thin margins in favor of growing its business. As the thinking goes, there will come some point when Amazon will turn a corner and start turning massive profits. However, it looks like those profits probably aren’t going to be coming next quarter. Amazon is giving guidance of a net loss of $500 million in Q4.

As of this report, the company’s stock had risen to $348 in after-hours trading. Here’s a closer look at Amazon’s financial numbers: 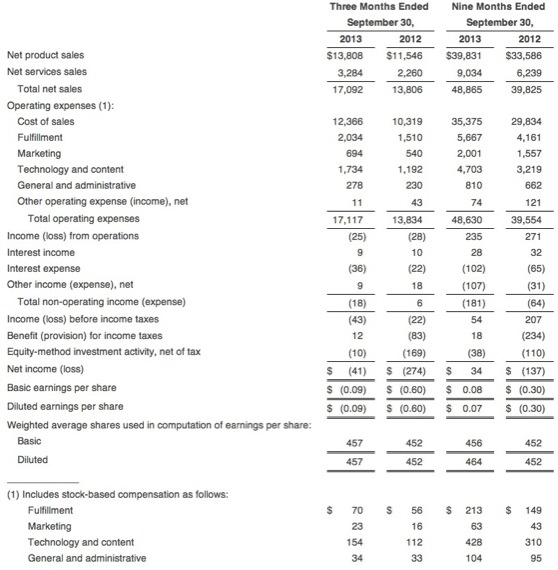