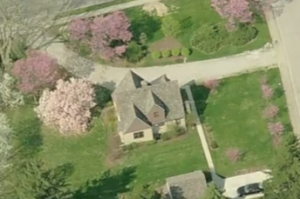 Pictometry is known for its oblique aerial images, but the companies were also competitors in aerial roof measurement technologies and services.

The companies, with combined 2012 revenues of more than $100 million, say they will maintain operations in both Rochester, N.Y. (home of Pictometry) and Bothell, Wash., north of Seattle, where EagleView is based. Chris Barrow, EagleView’s CEO, will lead the combined company, and Pictometry’s CEO, Rick Hurwitz, is leaving following a transition period.

“This will create a compelling platform for continued strong growth and accelerating innovation,” says Barrow in a post announcing the deal. “Now, with an even larger set of high-resolution imagery and unmatched data reports and services, we can offer more data, more compelling solutions and more value to our respective government and commercial clients, while also creating additional opportunities across multiple new market segments and geographic areas.”

The companies have not yet announced a name for the combined company. Asked about the possibility of job cuts, an EagleView representative said there is minimal role duplication.

EagleView says in its post, “Given the highly complementary nature of each respective business, the new company expects the integration process to be seamless for customers as well as the vast majority of the employees of both companies.”