After the big Planetary Resources asteroid-mining news conference today, the executives behind the venture talked more casually with reporters next to the stage. 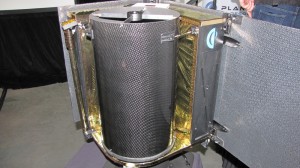 Next to them was a full-scale version of their Arkyd robotic spacecraft. Chris Lewicki, the NASA Mars Rover veteran who is the company’s president and “chief asteroid miner,” gave a guided tour.

Check out the video above, which also includes some fun moments with Peter Diamandis (X Prize Foundation) and Eric Anderson (Space Adventures), also principals in the company.

“What could you possibly work on in the space arena and have more fun than this?” Diamandis said.

Asked to respond to people who think they’re nuts, Lewicki agreed. “We are nuts, we are crazy. We are doing audacious things.” In other words, world-changing stuff is often considered crazy, or impossible, until someone makes it happen.

This first Arkyd spacecraft will work as a telescope, orbiting Earth and scouting for asteroids. Future installments in the Arkyd line will leave orbit to examine asteroids up close and ultimately mine them for natural resources.

As a side note, as you’ll hear in the video, Lewicki said the name Arkyd has roots in science fiction, but he teased the reporters and wouldn’t say where it came from, telling them that real sci-fan fans would know.

We’re struggling to figure it out, unless it’s a reference to Arakyd Industries from Star Wars, which appears to have the alternative spelling of Arkyd. (Thanks to Dennis Morgan for the help.) Here’s a reference from Wookiepeedia: “Originally a supplier of exploration droids, (Arakyd) saw a major boost in business with the rise of the Galactic Empire.”

Is it possible they named their spacecraft after a supplier to the Empire?

Whatever the case, as Diamandis said, they’re clearly having fun. Here’s a picture of Diamandis, Lewicki and Anderson hamming it up after the news conference. 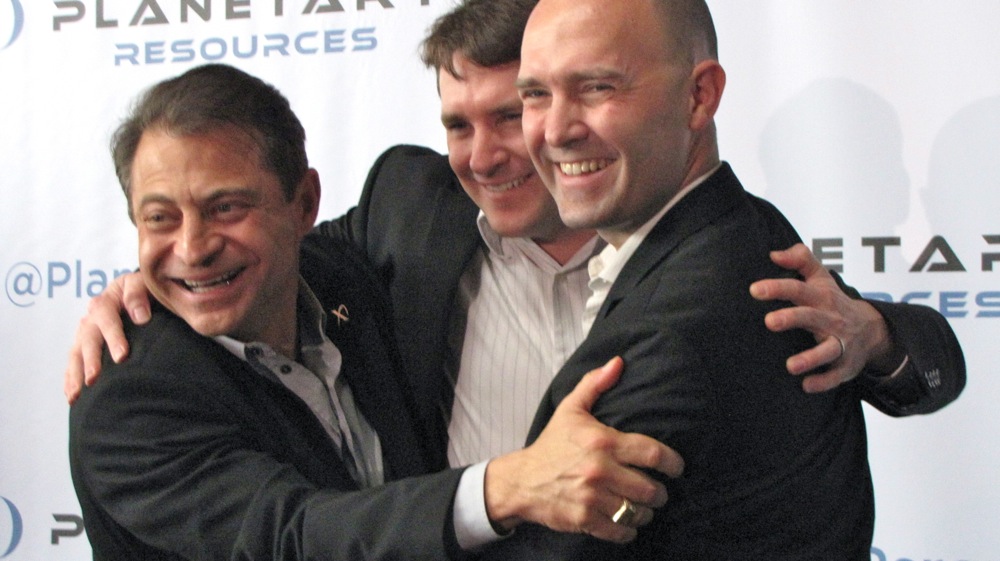