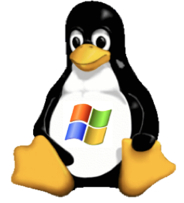 Has Microsoft figured out a cure for cancer?

The company, whose CEO Steve Ballmer once famously compared Linux to that disease, is now one of the top 20 contributors of code to the open-source operating system’s kernel, according to a new report out this morning from the nonprofit Linux Foundation.

It’s the first time Microsoft has appeared on the list.

The company’s contributions to the Linux kernel are still outpaced by Red Hat, Novell, IBM and many others. But Microsoft’s appearance at No. 17 on the list reflects the company’s increasingly pragmatic approach, and a recognition that corporate customers will inevitably use open-source technologies alongside Windows and other Microsoft products.

In a news release, the Linux Foundation says, “Because Linux has reached a state of ubiquity, in which both the enterprise and mobile computing markets are relying on the operating system, Microsoft is clearly working to adapt.”

Overall, the volume of corporate contributions to the Linux kernel debunk some of the traditional stereotypes about the operating system’s development. The Linux Foundation says in its report this morning that “over 75% of all kernel development is demonstrably done by developers who are being paid for their work.”

Microsoft’s contributions to the Linux kernel began with the 2009 release of driver code to help Linux run in conjunction with Windows Server’s virtualization technology.

Ballmer made his controversial remark about Linux in a 2001 interview with the Chicago Sun-Times, in the context of the General Public License used for Linux. “Linux is a cancer that attaches itself in an intellectual property sense to everything it touches,” the Microsoft CEO said at the time. “That’s the way that the license works.”

Here’s a video released by the Linux Foundation in conjunction with its report this morning.