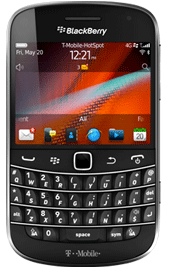 A report by Bloomberg News today is stirring new speculation about the future of Research in Motion, saying that the BlackBerry maker is preparing to bring in a financial adviser to help “weigh strategic options” for the company, which is Wall Street speak for considering a possible sale of the company. It’s not a surprise, given that RIM’s new CEO has essentially said all options are on the table.

The news comes less than a week after a report speculating that Microsoft might be interested in buying a stake, or more, of the company.

Don’t count on it. While RIM’s patent portfolio might be of interest to the company, the notion of Microsoft buying another mobile operating system vendor with a separate ecosystem of handsets is more than a little crazy.

Eric Savitz of Forbes did a good job of debunking the whole Microsoft-RIM thing last week.

If Microsoft does end up using acquisitions to boost its position in the mobile market, it would make a lot more sense for the company to buy up some major app makers, and make their apps exclusive or at least best-in-class on Windows Phone, as suggested recently by Big Oven’s Steve Murch.

The bigger question: If Microsoft wasn’t in the running for Instagram, why not?