Google’s decision earlier this year to pull the plug on Picnik caught many by surprise, causing anger, frustration and sadness for the millions of users who loved the simplicity of the online photo editing service. Justin Huff and Brian Terry felt the pain more than most.

After all, they were two of Picnik’s earliest engineers, the coders who provided some of the secret sauce behind the Web application.

Picnik is about to be tossed onto the scrap heap of Internet history — to be turned off for good this Friday. But new life is emerging in the form of PicMonkey.

That’s the name of a service developed by Huff and Terry, who quit their jobs at Google a few months ago to dive headfirst again into the startup world. In many respects, PicMonkey is like Picnik 2.0, featuring a similar design aesthetic and functionality.

“The bottom line is that Brian and I were bummed about the Picnik shut-down plans, and we thought that there had to be a better way out there,” Huff says. “We saw how many people were loving it every single day, and it was heartbreaking to see those users not have any place to go. The alternatives out there weren’t great, so we figured we could do better than Picnik and really help those users out.” 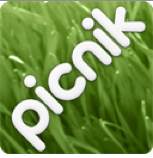 Google acquired Picnik in March 2010, announcing plans to close it down in January.

Huff said that Picnik was “doing great,” and in PicMonkey they didn’t really want to mess with something that was already working.

“We will make some tweaks. We aren’t going to change it too much, but we are going to nudge in it in a more interesting direction,” said Huff, adding that they wanted to make sure that the PicMonkey experience was “fast and lightweight.”

A number of other companies have emerged in recent months to take advantage of the void that will be left by Picnik, which at the time of its acquisition by Google was profitable and growing with more than 17 million monthly visitors. PicMonkey is one of three recommended services that Google is referring Picnik users to this week, along with Google + and Aviary.

Huff said that they’ve seen a nice boost in recent weeks from those recommendations, and he’s expecting a deluge of users once Google turns Picnik off for good this Friday. The company’s marketing folks are already having some fun looking to lure back Picnik users, writing this marketing message on its site:

If you loved Picnik, PicMonkey is back in town and better than ever. It’s faster, more powerful, and easier to use. It’s the real deal you already know, plus 78% more monkey.

It’s a bit unusual to see a successful service shut down, causing a mad entrepreneurial scramble to fill the gap. But it’s certainly not the first time, nor does it mark the first time that the founding team re-emerged to try to take back control.

Huff said that they were upfront with Google about their plans when they left, and he noted that the closure is just providing extra motivation for the team which is bootstrapping the company right now.

“When a company like Google shuts down a product, they are telling the world that they don’t believe that there is a market for that,” said Huff. “And it just happens that some of us think different, and that’s why we are here.”