“Perspective,” the latest creation from Redmond’s DigiPen University, is not easy to explain in words. It’s an experimental first person puzzle game that allows players to manage different dimensions of control.

The game is part 2D, part 3D, and all of awesome. The video above does the game better mind-bending justice.

Perspective lets players move around in a 3D space freely and also have an avatar that is constrained to the 2D world. In order to get the 2D avatar to the end of the level, the 3D player needs to move around in 3D space to create paths for the 2D avatar. It’s a compelling game that will challenge your perception skills. 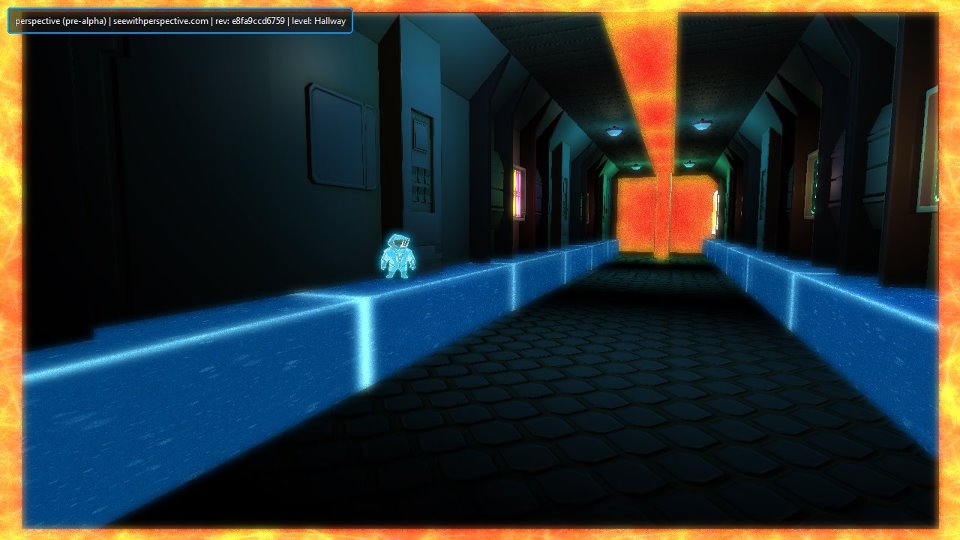 Some might compare it to games like Fez, Crush and Echochrome. Perspective is different in that it allows full movement in 3D space, which opens up a lot of new ways to use perception as a puzzle mechanic to create new paths in 2D.

Like many DigiPen projects, the eight students who worked on the game went above-and-beyond typical expectations with this one. Development started as a junior year game project in May of 2011, and the group worked around demanding school courses, full-time jobs and other obligations.

Even with all that, the students became hooked on Perspective.

“The game took priority over nearly everything else for us, including grades for other classes.,” Logan Feith said.

The team members poured their heart into the game, overcoming stressful nights and times when they wondered why they picked such a “ridiculously difficult game to make,” as producer Pohung Chen puts it.

During the 200 hours of playtesting, frustration often reached boiling points. But they powered through and learned so much along the way.

“Ultimately, it’s about having people who believe that the idea can work, and seeing measurable improvement in the game that kept us going,” Chen said.

It’s an experience that will be invaluable when the developers venture out in the real gaming world. While there were no sales figures to worry about with Perspective, there were many applicable lessons learned.

What they’ve come up with is definitely attracting attention. A trailer released in May now has more than 645,000 views on YouTube.

“We want to make video games professionally and we made a video game that a lot of people liked,” Chen said. “Being able to create something that people like and want to play/use is useful anywhere, not just in games.”

Perspective can be downloaded for free here. You’ll need Windows and a DirectX 11-capable graphics card to run the game.