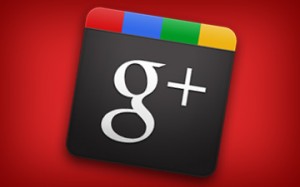 Google made some substantial changes to its search engine this week, part of an initiative that it calls “Search Plus Your World” that incorporates results from users’ social networks, focusing heavily on its own Google+.

So far it’s not proving very popular. Danny Sullivan of Search Engine Land this week posted a series of examples making the case that the changes promote Google+ at the expense of the relevancy of the search results.

Mat Honan of Gizmodo says he has changed his default to Microsoft Bing.

Google’s new approach is “ostensibly meant to deliver more personalized results,” Honan writes. “But it pulls those personalized results largely from Google services—Google+, Picasa, YouTube. Search for a restaurant, and instead of its Yelp page, the top result might be someone you know discussing it on Google Plus.”

The big question is whether Google will find itself in more hot water with antitrust regulators over these changes. This move certainly doesn’t help the company at a time when its business practices are coming under increased scrutiny.

One point working in the company’s favor on the antitrust front is that Facebook has a tighter partnership with Microsoft, allowing the Redmond company to integrate Facebook data into Bing results. That could help Google defend its practices, if it’s able to say that it would incorporate Facebook results if it had access to the date.

In the short-run, however, its bigger problem may be the user backlash. Should be interesting to see how those search market share numbers play out over the next few months.