Danielle Morrill has a new startup cooking, and it has already lined up backing from her former boss at Twilio as well as Y Combinator and 500 Startups. Referly, which is launching a public beta today, is developing an easy way for people to collect affiliate revenues on links they share with friends, co-workers or family members.

For example, a user who shared a link with a friend for a book they loved on Amazon.com could collect the affiliate revenue if the friend purchased the title.

“We’re interested in disrupting the affiliate market space by creating a very transparent way for people to share stuff they love, and get rewards when their friends decide to buy things,” said Morrill, who was just accepted into the Silicon Valley class of tech incubator Y Combinator.

By referring books or other products through Referly, Morrill said that she can easily see if the person made a purchase.

“If they do, it basically tells them: ‘Hey, when you bought this, Danielle gets … a $1.02, and you also get a $1.02. Right now, we are just doing money because it is easy. But we could do other things,” said Morrill, adding that they could add other deals in the future. 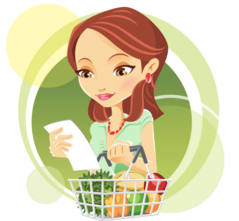 Morrill’s husband, Kevin, a former Microsoft developer, is serving as CTO and Al Abut, formerly of AOL, is the company’s creative director.

In addition to Y Combinator and 500 Startups, Twilio CEO and former Amazon.com employee Jeff Lawson is an investor. Morrill — who previously worked at Pelago and Expeditor’s International and was an active member of the Seattle startup community — declined to disclose how much capital she’s raised.

Competitors include services such as MyLikes and Have you Seen, a unit of Traffic Junction.

Morrill said she’s been kicking around the idea for some time, first purchasing the domain name Refer.ly in 2010.

“It’s been an idea that’s been percolating for some time, and I am glad to finally get to work on it,” she said.