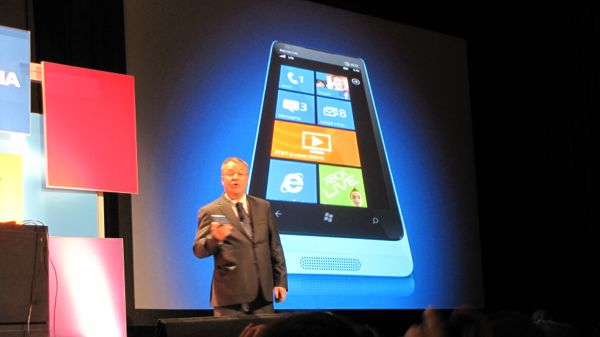 Elop said Nokia considers the Lumia line the first “real” line of Windows Phones. The company is releasing its first U.S. Windows Phone, the Lumia 710, on T-Mobile later this week. The 710 and the higher-end Lumia 800 was previously released in Europe.

As expected, the phone will come with a 4.3-inch AMOLED display.

Microsoft CEO Steve Ballmer is now on stage with Elop, talking about the importance of the Nokia partnership and gushing over the attractive design of the Lumia 900. He says he believes Windows Phone can be the “third ecosystem” in the mobile industry.

No official release date. AT&T CEO Ralph de la Vega says it will be available “in the coming months.”

Q: How do you differentiate your devices without fragmenting the ecosystem with exclusive apps? Elop says he’s happy that Samsung, HTC and others are introducing Windows Phone devices. But Nokia needs differentiations inside the ecosystem. It’s a balance. Nokia wouldn’t introduce special APIs, for example. Have to work hard to avoid that situation.

That’s it from the Nokia news conference. 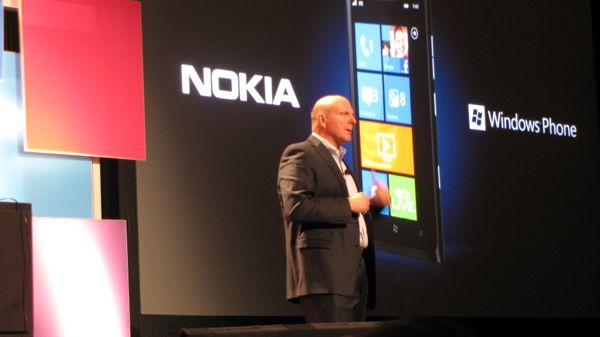