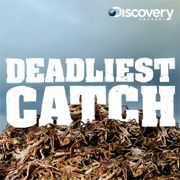 Prime Instant Videos are available for streaming at no extra charge to people who subscribe to the $79/year Amazon Prime service, which also includes free two-day shipping on many items purchased through Amazon.

Amazon is looking to Prime subscriptions to help boost its bottom line, particularly as the company sells its $199 Kindle Fire tablet at or below cost. Amazon is competing against standalone video subscription services from Netflix and Hulu.

A report by Bloomberg News last month said that Amazon Prime service had 3 million to 5 million subscribers as of October — far fewer than 10 million Amazon Prime subscribers than many analysts had been estimating.

Amazon also offers online videos for rental or purchase apart from the Amazon Prime service, and the company says that catalog now has more than 120,000 titles.