Guest Commentary: The question of equity brings out the most fundamental differences, perceptions, and values in an aspiring startup.  In fact the equity question, more than any other, may strangle a young company before it can even get started.  And that’s a damn good thing.

But before we get in to that…

As straightforward as this question sounds, it’s a tricky matter. The founder moniker is black and white, but the situations are all shades of gray. Setting aside the philosophical question and focusing on the more useful economic one, though, there is a simple approach: founders are people who take a very particular kind of risk.

There are, quite roughly, three stages in every company’s life:

1.  Founding.  The only money the company has is what you put in.  You are getting no money out of the company.  The company will probably fail, and you will lose all the money you put in, plus the lost salary, plus you have to find a new job.

2.  Startup.  The company has money, either from investors or from revenue, and they give you some of that money every month.  Your salary is less than what you’d get at a big company.  50/50 the company fails and you have to find a new job, plus you’ve lost the difference between your startup salary and the BigCo salary.

3. Real company.  You get “market” salary.  It’s unlikely the company fails, and if it does, your downside is limited to unemployment.

The rule is this: if you’re working for a company that’s so young it can’t pay you, you’re a founder.  If you are drawing a salary on your first day at work, you’re not.

What’s a founder worth?

A founder is defined by the inability of their company to pay them (or anyone else) for anything.  A founder’s primary job, then, is to get their company some money – either by raising investment or by generating revenue.  So a founder is valued by two things:

The first of these is fair.  The second is  economics.  Both are essential.

And now, the formula

Of course, there can be no right answer – but this one’s not so terribly wrong.  To start out with, give every founder 100 shares. Some startups are born running, with all founders on board from the beginning.

But others come from one leader who recruits the others.  You may or may not take the CEO title, but if you’re the one who rounded up the co-founders and talked everyone in to getting things done, add 5 percent to your holdings.  If you were previously 100/100/100, you’re now 105/100/100.

Ideas are precious, but dwarfed by execution (5%) 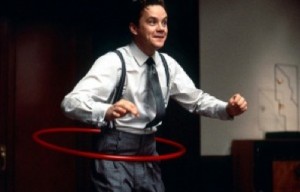 It’s a lie to say that ideas are worthless and execution is everything… but it’s not too far from the truth, either.  If you’re the founder who brought the original concept to the table, increase your share holdings by 5 percent (so if you had 105 before, you now have 110.25) Note that if the idea is implemented, or patented, or otherwise has some execution behind it, then…

Creating a difficult-to-replicate beachhead can give a fledgling company direction and credibility.  It can help with revenue and with financing.  If you bring a concrete start to the table – a critical, filed patent (not a provisional), a compelling demo, an early version of the product that isn’t quite there yet, or something else that means much of the work towards financing or revenue is already done – you get a boost of 5 percent to 25 percent.  The key variation here is, “How much closer does this get us to revenue or financing?”

Here’s a common situation: the split is 50/50 so that neither party controls the company.

If you’re working fulltime while your co-founders are working part time, you’re the pig. You’re working more, and you’re risking a lot more if the project fails.

Furthermore, part-time cofounders are a big minus to someone considering an investment.   Their equivocating will be expensive.  Add 200 percent to the shareholdings of all the fulltimers.

Reputation is the most precious asset of all

If your goal is to get investment, some people make that much easier.  If you’re a first-time entrepreneur partnering with someone who’s successfully raised VC dollars, that person is a lot more investable than you are.

In the extreme, some entrepreneurs are so “investable” that their involvement is a guarantee of raising funds.  (It’s easy to identify them: Ask the investors who know them best “would you back them no matter what they do?”  If the answer is “yes”, then they are that kind of super.)

These super-preneurs essentially remove all the risk of the “founding” stage, so you should expect that they get the lion’s share of the equity from this stage.

This point doesn’t apply to most founding teams, but when it does, expect the super-preneur to take 50 percent to 500 percent or more, depending on just how much more significant their reputation is than their cofounders.

Ideally, each investor contributes an equal amount to the company.  That, plus their labor, earns them their “founder shares.”

It’s possible, though, that one founder may put in significantly more.  The price for that is high, since it’s the earliest, riskiest investment.  That founder will get more equity; to determine how much, talk to a good startup attorney about a reasonable value for your company and work from there.

For example, they might say that your company could reasonably be valued at $450,000 for investment purposes, so a $50,000 investment would merit an additional 10 percent.

There are more structured ways to do this, ranging from revolving credit lines with interest and warrants to convertible debt that converts in to common shares.  But these all mean increased legal bills and, more importantly, complex cap tables – something that can scare off outside investment.

If you have equal shares, you did it wrong

A couple of years ago I was asked to give a talk at a continuing education series for attorneys.  I asked to see the class list, and opposing counsel for a deal I was working on was there, so I figured it was probably a good idea to do it. I asked them what to talk about, and they helpfully replied “startups.” I pressed for more detail: “You mean like generic startup experiences?  Legal issues startups face? Advice for attorneys?”

Clear direction in hand, I started musing on the early days of Ontela.  Our company started as just two of us, Charles Zapata and I, brainstorming in a basement.

We covered a ton of ground – generating a million ideas an hour, each better than the last, on everything from business concepts to core values to better ways to file expense accounts.  No matter what came up, we either agreed, or quickly resolved our differences.

It wasn’t until six months later, when we’d quit our jobs and committed our savings, that we nearly destroyed the company with our first real argument.

The advice I gave the lawyers was this: “The most common cause of startup death is founders who can’t resolve their differences.  Nobody hears about it; they just pack up and go home before the company ever had a chance.

If there’s one thing you can do to help your clients – really help them – it’s to get the hard questions on the table early and help them work through them together.”

Entrepreneur-turned-venture capitalist Mark Suster talks a bit about this in this four minute video clip about “the co-founder mythology.” 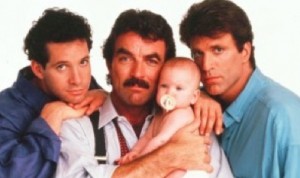 And if you find that the only way you can get a decision made is by compromising – then you need to stop now, before the price of failure climbs higher.

There’s no way around it. You’re going to have to split the baby, but it doesn’t require the wisdom of Solomon to get it right.

Take your time, keep a level head, and remember: this is just the first of the decisions you’ll be making together for the rest of your company’s life!

Joel Spolsky is one of my favorite authors.  He wrote a thoughtful piece about the same subject that reaches very different conclusions.  Here’s why his article is wrong:

Joel’s already successful.  I believe this is his first startup with cofounders and investors.  This looks like a great, idealistic set of ideas — but it’s economically unsound, and doesn’t reflect the majority of the market out there.

Note: I’ve only founded two VC-backed companies myself, so I’ve vetted this analysis with a bunch of folks to access a broader experience base and make sure I’m not out in the blackberry brambles here.  That said, a few VCs (including Fred Wilson, one of Joel’s investors) have chimed in to endorse Joel’s analysis, so perhaps he’s not so crazy either.

Thanks to Bill Bromfield, David Aronchick, Galen Ward, Joe Heitzeberg, Rand Fishkin, Sarah Novotny, and Tony Wright for providing feedback on drafts of this.  Mistakes, overly broad assertions, and incendiary observations are mine, not theirs.

Dan Shapiro is CEO of Sparkbuy. You can follow him on Twitter @danshapiro or check out his blog here.

EDITOR’S NOTE: Shapiro’s post is sparking a great discussion here on GeekWire, and on Hacker News. Thanks to everyone for weighing in.