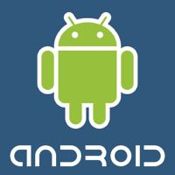 More and more people are buying smartphones, but fewer of those folks are choosing Windows Phone as their platform of choice. Gartner today said that smartphone sales surged 42 percent to 115 million units during the third quarter, buoyed largely by booming sales of Android devices.

Nearly all of the other major platforms — including Apple’s iOS, Symbian and RIM — saw declines. Apple, for its part, had a slow quarter in part due to the fact that it’s iPhone 4S was not released until October. 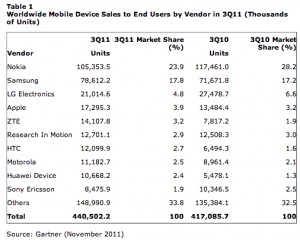 “Android benefited from more mass-market offerings, a weaker competitive environment and the lack of exciting new products on alternative operating systems such as Windows Phone 7 and RIM,” said Roberta Cozza, a principal analyst at Gartner. “Apple’s iOS market share suffered from delayed purchases as consumers waited for the new iPhone. Continued pressure is impacting RIM’s performance, and its smartphone share reached its lowest point so far in the U.S. market, where it dropped to 10 percent.”

Windows Phone also is taking a beating. According to Gartner, worldwide sales of Microsoft’s mobile operating system sunk during the third quarter to 1.5 percent.

Overall, Gartner talled 440.5 million sales of mobile devices during the quarter, which was up 5.6 percent.

Here’s a look at the smartphone market according to Gartner. 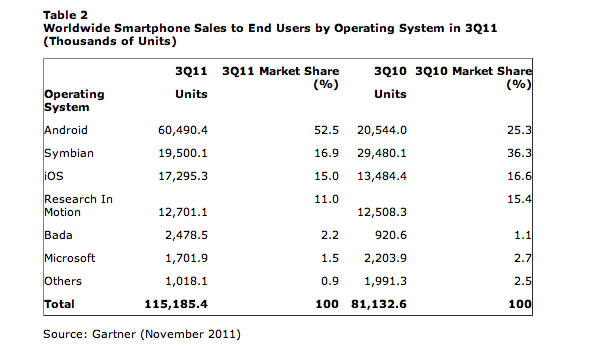 Gartner also reported that Samsung was the world’s largest smartphone maker, as sales to end users tripled to 24 million. Meanwhile, Apple shipped 17 million smartphones during the quarter, an annual increase of 21 percent, but down three million units from the previous quarter.