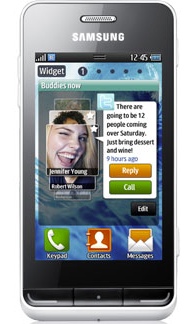 Microsoft suddenly has a new competitive obstacle in its effort to rebound in the smartphone market. And its name is … Bada?

Not that it was very difficult to do: Microsoft came in at 1.6 percent of the market (down from 5 percent a year ago). Bada registered 1.9 percent, from less than 1 percent last year.

Android continued its meteoric growth, with more than 43 percent market share, up from 17 percent a year ago. Symbian was in second place, at 22.1 percent, followed by iPhone at 18.2 percent and RIM BlackBerry at 11.7 percent. 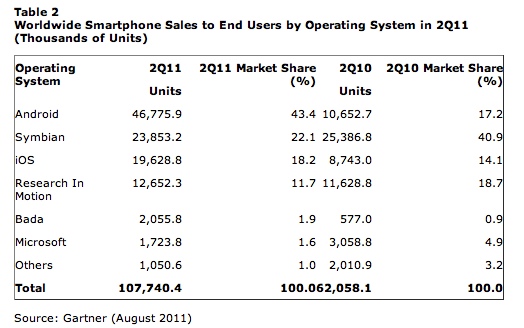 Microsoft is counting heavily on its partnership with Nokia to help reverse its fortunes. As recently as April, Gartner said it expected Windows Phone to rebound to 19.5 percent of the market by 2015, ahead of iPhone. Microsoft will also refresh Windows Phone this fall with an update known as Mango.

CEO Steve Ballmer told the company’s partners recently that Microsoft has “gone from very small to very small” in the phone market. “But it’s been a heck of a year, and you’re going to see a lot of progress in that market competitively as we move forward,” he said.

Nokia remains the largest maker of mobile handsets but saw its share of that market fall below 23 percent in the second quarter, from more than 30 percent in the same quarter last year. 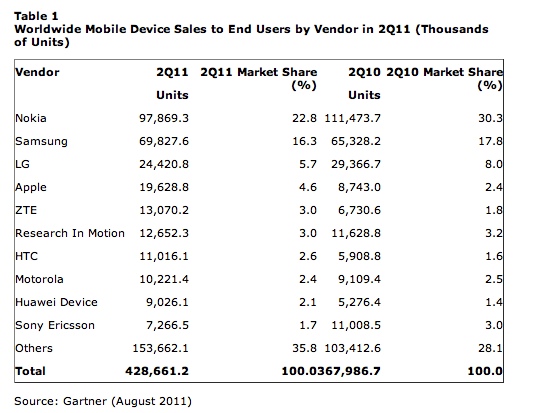