The vast majority of iPhone 4S owners are “very satisfied” with the new device, and they especially love the Siri Digital Assistant. According to a new survey from ChangeWave Research, 77 percent of the owners of the iPhone 4S reported being very satisfied with their purchases, with Siri topping the list of features that people like the most.

The biggest complaint about the iPhone 4S? Thirty eight percent said the battery life is too short, while 30 percent said that they didn’t like the lack of 4G wireless connectivity.

Dropped calls, which historically ranked as one of the biggest complaints for the iPhone, remain a negative.

But just eight percent cited excessive dropped calls as a problem, perhaps the result of AT&T improving its network but also due to the fact that the iPhone 4S is available on other networks like Verizon.

In fact, the folks over at ChangeWave took a look at the comparisons between Verizon and AT&T in terms of dropped calls. Who do you think better? (See chart below)

Here’s a look at some of the results from the survey. 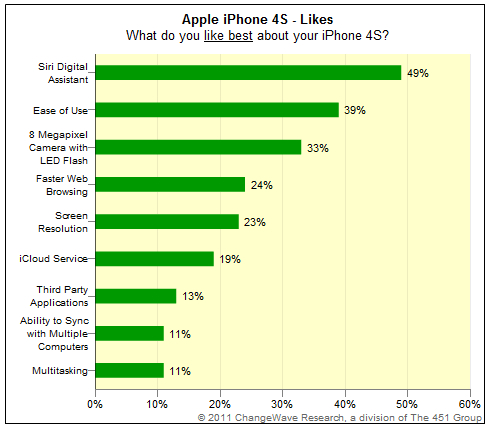 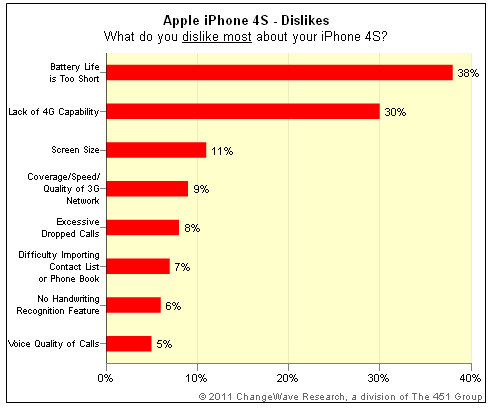 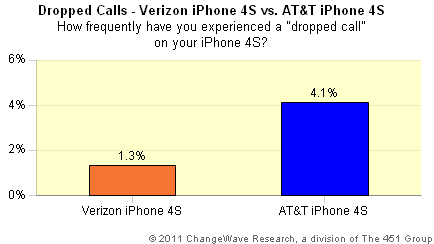