At Seattle’s University Village today, people are stopping at the Apple Store to pay respects to the company’s late co-founder Steve Jobs with flowers, cards and messages written on the outside of the store, which is boarded up for renovation.

We spent time this afternoon talking with several of the people who gathered there, asking them a simple question, “What did Steve Jobs mean to you?” Continue reading for their responses, and feel free to offer your own in the comments below. 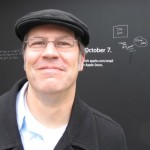 Ed Viars, graphic and web designer: His being different. I put “the box” and Steve Jobs outside the box (on the memorial wall) because he looked at things completely different. I think his vision, the ability to not only have a great design but also be a functional design, that’s why it’s so popular. It could look pretty but if it doesn’t work, nobody’s going to buy into it. It’s gotta work for the everyday man, which he’s proven time and time again.

It’s that ability to see what others don’t see, and not only have it created and come to fruition, but actually work and be redeemed, if you will, by the general public latching onto it and using it in their everyday lives. Over at the Starbucks, you go in there and everybody’s on an iPad, a laptop or iPhone, and listening to music on iPod. The global impact of it is pretty amazing. 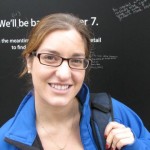 Elizabeth Joy Smith, student at the UW Eastside Leadership Campus: Steve Jobs said, “Stay Hungry, Stay Foolish.” As an aspiring entrepreneur, he really inspires me, and all my friends.

It’s a great loss that we don’t have him anymore, but because he was a great leader, we’ll be fine without him. He taught us how to be great leaders in ourselves. That’s what he means to me. 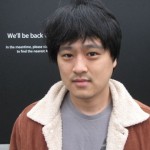 Sam Yoo: I was a big PC guy until probably 2005. When they switched to Intel I decided to give it a try, and I never went back. Then I truly understood what owning Apple meant, and what he did to the whole computer industry.

It was just a sad day yesterday, and I just wanted to come here and kind of remember things. 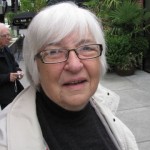 Ingrid Block, Seattle resident, New York transplant: For me, it was the design. I thought everything that was designed by his group was beautiful. And I love that. And I assume he had that same quality within him, to create such a product. 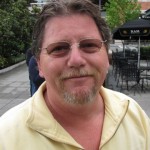 Bill Hardwick, Minnesota: My wife’s a cancer survivor, she’s been a survivor for 10 years. And I know that Steve had pancreatic cancer, and I also know that he was the brains behind Apple Computer. When I saw the gentleman fighting for his life, and you knew that he was sick, and worth $8.3 billion, it really makes you aware of what really matters, because everybody’s envious of people that have money like that, but you just never know from one day to the next when somebody could be diagnosed with something like that, and it happens to people all the time.

I wish his family and his friends and everybody that loved him the best. I feel horrible for the guy. He contributed a lot. I can tell that he’s leaving a legacy. A hell of a legacy. But cancer kills many, many people in the world, and I wish we could find something to stop it. That’s what affects me.